In our house, Christmas wouldn’t be complete without a good book or two—or ten. A recent writing project—my new anthology Light Upon Light: A Literary Guide to Advent, Christmas, and Epiphany (Paraclete Press)—sent me hunting for examples of fiction and poetry that often fall under the radar. So, in the spirit of every librarian who ever handed you a book unsolicited, here’s my list of the top ten books to read this Christmas, but with a twist: These are books that aren’t well-known or, if they are, aren’t typically identified as holiday fare. Either way, you’re unlikely to find them along the shelves of the average Christian bookstore. We’ll start with contemporary works and wrap up with some classics.

After becoming the first Hispanic to win a Pulitzer (for his 1989 novel The Mambo Kings Sing Songs of Love), Cuban-American Oscar Hijuelos went on to give the world the straightforward (not PG) tale of one good man’s shattering grief. For Mr. Ives, orphaned as a child and raised by a kind adoptive father, 1950s New York was always magical at Christmastime. But then came a Christmas Eve in the 1960s when life changed forever. How Ives dealt with the pointless murder of his son—and his own strange vision of heavenly glory shimmering over the streets of New York—gives us a glimpse of the late Hijuelos’ own sense that God’s “presence was as certain as the air I breathed.”

Accompanied by Angels: Poems of the Incarnation

Let’s just call her the Poet Laureate of Advent. Luci Shaw has been writing for longer than many of us have been breathing; and ... 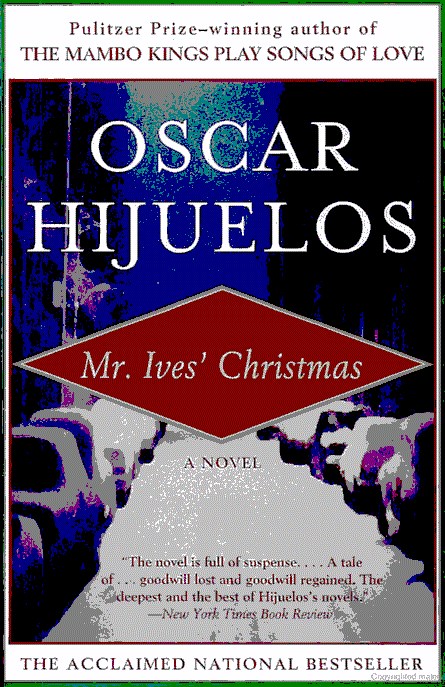 The Best Books to Read This Christmas (That You ...