On a cold Saturday night a few weeks ago, after clicking around Netflix for a while, my husband and I decided to watch The Untouchables. He hadn't seen it since college; I'd never seen it at all.

The 1987 film starred Kevin Costner as good guy government agent Eliot Ness, whose mission is to bring down Al Capone (Robert De Niro), with the mentorship of jaded but gutsy cop Jimmy Malone (Sean Connery) and his small band of brave guys, all set against the backdrop of Prohibition Chicago.

This being a historic picture, we know how it ends—Ness finally manages to take down Capone, but not without cost. The film ends with a shot of Costner walking down the street. The camera rises and pulls backward to take in the bustling street as Ness fades into the crowd. It's a consummately American story: justice has been served, good has won the day, bad is locked up, and the cowboy rides off into the proverbial sunset.

As the credits rolled, I turned to my husband and said, "Man, you could never make a movie this unironically positive today." And he nodded. I tend to think the reports of our national disillusionment are greatly exaggerated, but twenty-five years after The Untouchables, it's hard to find a movie that's as straightforwardly optimistic about the good guys beating the bad ones, and as certain that the good guys are the ones who seem to embody the classically American cowboy virtues of independence and selflessness and generosity (and broad-shoulderedness).

Just look at our superhero movies.

Well, anyhow, George Clooney didn't get the memo, and The Monuments Men is the result. Clooney's in the film and directed it, too. As is his wont in movies he's directed (Good ... 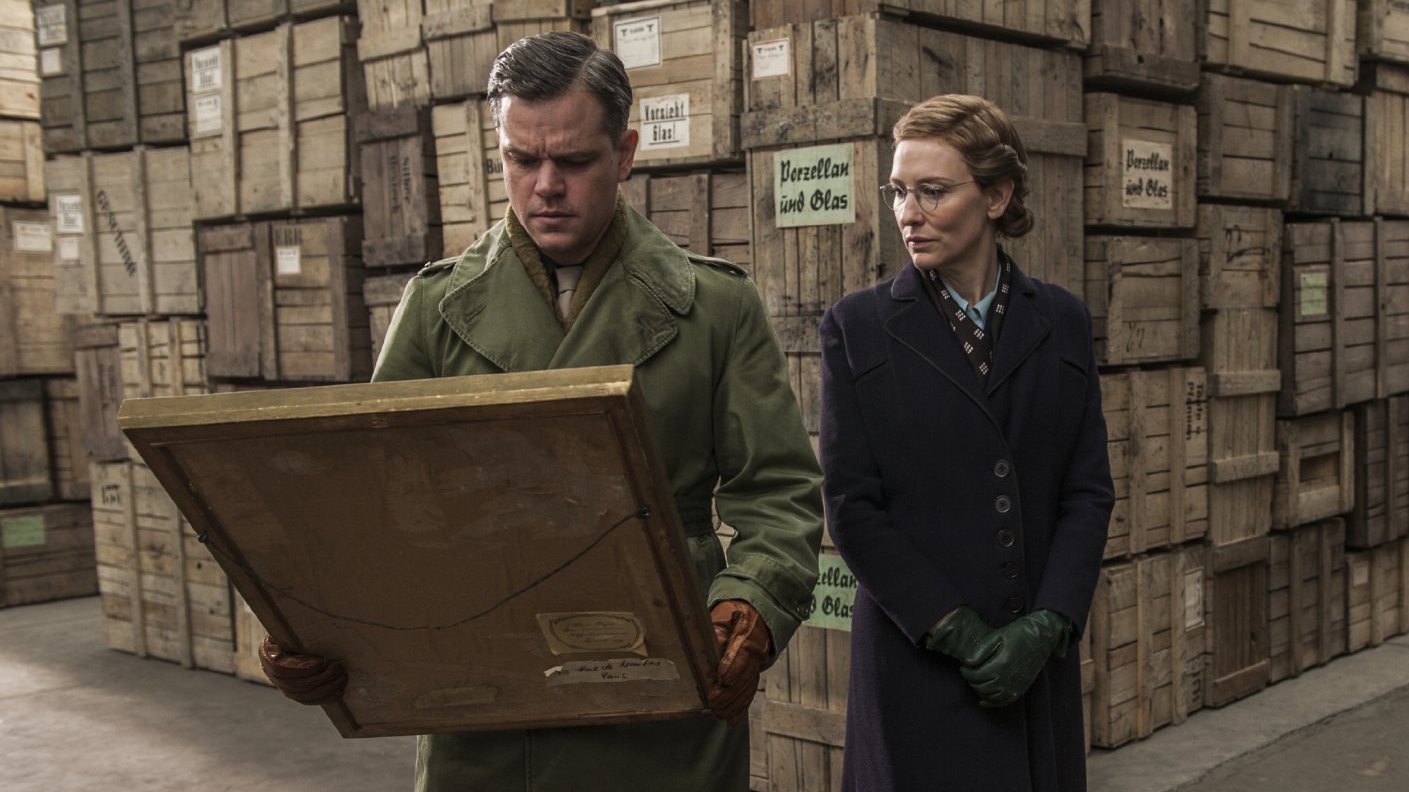