Complex examinations of evil and movies about growing up.
Brett McCracken|January 4, 2014
Image: Magnolia Pictures
Rachel McAdams and Ben Affleck in 'To the Wonder'

Five Most Complex Examinations of Evil
Films that in some way wrestled with the reality of evil in a manner that went beyond simply villainy or horror tropes.

Hannah Arendt
(Not rated)
This biopic of philosopher Hannah Arendt focuses on her controversial New Yorker reporting on the 1961 trial of Nazi leader Adolf Eichmann. The film, which incorporates actual footage from the trial, explores the origins of Arendt's now-famous concept of the "banality of evil," the notion that Holocaust perpetrators like Eichmann were not monsters but simply bureaucrats thoughtlessly following orders. The movie is an intellectual rather than visceral treatment of evil, but affecting nonetheless.

Blue Caprice (Rated R for disturbing violent content, language and brief drug use) Inspired by the 2002 Beltway sniper attacks that spread fear throughout a jumpy post-9/11 United States, Blue Caprice is less about a documenting the events as much as understanding the psyches of the killers. Its portrait of snipers Lee Malvo and John Muhammed is intimate, ... 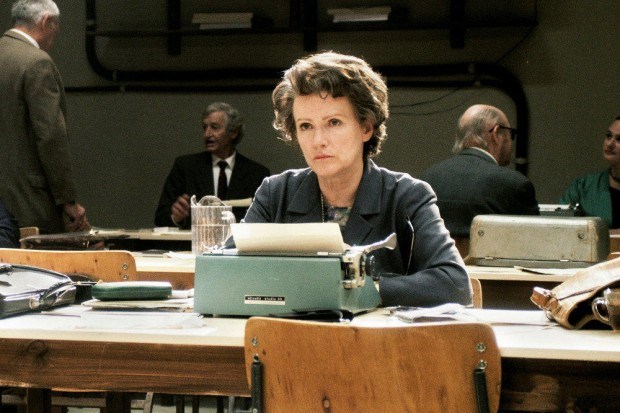