Okay, folks: line right up for our review of Hansel and Gretel: Frankenstein Hunters! Wait, I mean I, Van Helsing: Rise of the Angels and Demons. No, no that can't be it . . . Vampires: Werewolves? Bram Stoker's League of Extraordinary Abraham Lincoln Hunters?! Where am I?!

Sorry. I'll try and keep it together here. I, Frankenstein (there we are) is a new fantasy action-adventure film, using all those terms loosely. It's directed by Stuart Beattie but spawned by creator/co-writer/supporting actor Kevin Grevioux, who is responsible for the Underworld films.

And it's not very good.

Let's be clear: I, Frankenstein was never intended to be "good" in the same way that a Rembrandt is "good," and that's just fine with me. But if Guillermo Del Toro's slick Hellboy series was art and entertainment colliding, then I, Frankenstein is art and entertainment as two Druid ex-lovers showing up to the same sacrifice and furiously not-noticing the existence of the other, to the point of awkwardness for the other Druids involved.

The setup is that Frankenstein's monster (played by Aaron Eckhart), after the end of Shelley's novel, takes Victor's corpse a few hundred miles to bury it in the family graveyard. There he stumbles into an eternal war between the demonic forces of Hell and the sacred Gargoyles, created by the Archangel Michael to siphon the rain off buildings and fight bad guys. The Demon Prince Naberius (Bill Nighy) wants Frankenstein (who joins legions of Internet commenters in correcting people left and right that he's not Frankenstein) so he can study him and reanim—look, the end of the human race is a possibility here, that's all anyone needs ... 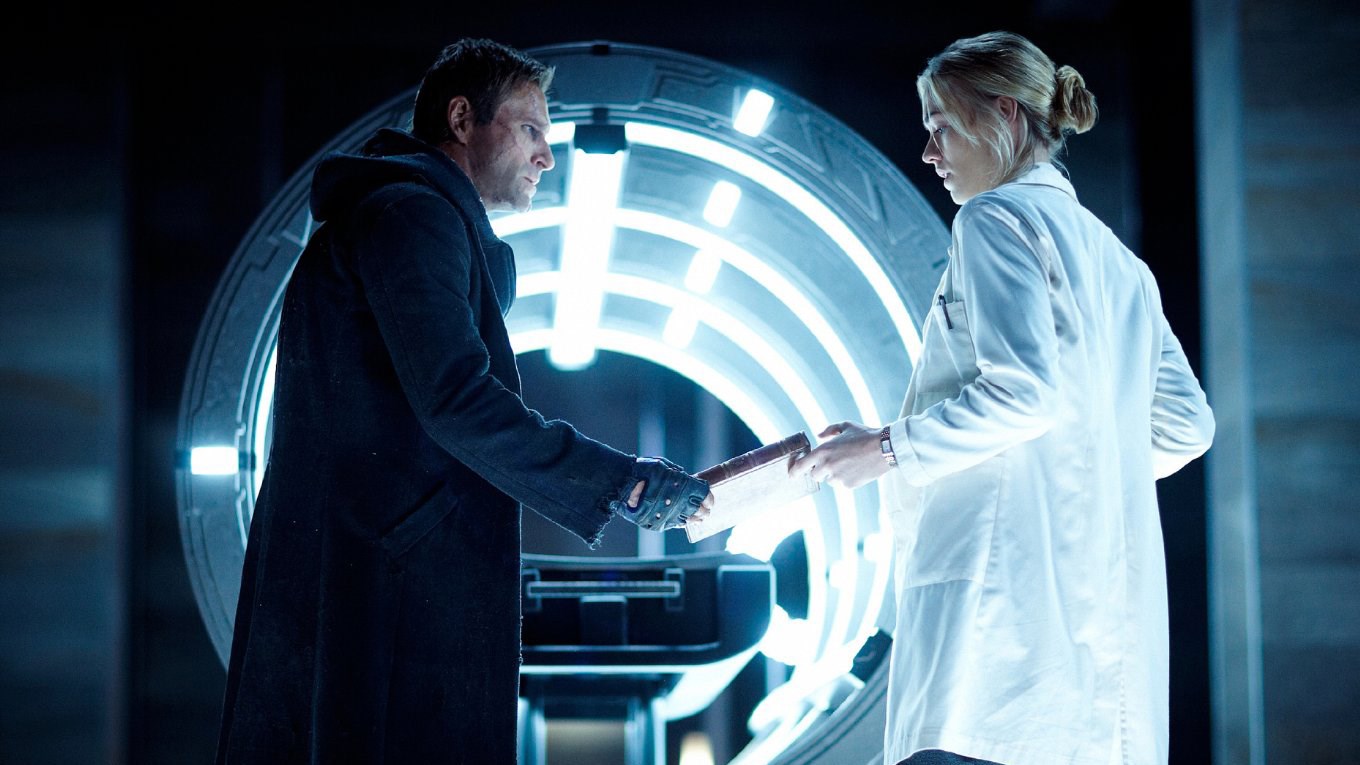