That awkward moment when the movie doesn't even know what a relationship is.
Taylor Lindsay|January 31, 2014
Image: Focus Features
Zac Efron and Miles Teller in 'That Awkward Moment'
Our Rating

That Awkward Moment was originally titled Are We Officially Dating? and labeled a romantic comedy. That was probably more accurate, but since the audience for rom-coms is already in decline, they had to do something to pull in the guys, too. So this bro-focused comedy became That Awkward Moment, which, you'll probably recall, was a popular opening line for Facebook statuses and tweets in early 2013.

"Awkward" was a thing all by itself in the last two years. It became less of a put-down and more of a compliment signaling attractiveness, authenticity, or cute quirks. Usually it also attached itself to funny TV shows or adorkable actresses (hello, Zoe Deschanel) or Forever 21 models. It's faded now, but it was an appealing fad for a while. When this movie poster first showed up, it seemed to be capitalizing on the "awkward" fad: it boasted Zac Efron's dazed-and-confused expression, Michael B. Jordan (The Wire, Chronicle) eating ice cream from the tub, and Miles Teller (The Spectacular Now, Whiplash) holding a teddy bear.

So I was a bit surprised that That Awkward Moment only half-heartedly tried to be the awkward comedy dude-movie it seemed it might be. Instead, it nestled into the most predictable pile of romantic comedy tropes while occasionally grappling with weird urges to be a serious drama. The best thing it does is make us think about what really constitutes "a relationship" (more on that later), but in all the wrong ways.

Three guys in their twenties are best friends and club frequenters. When Mikey (Jordan) becomes abruptly wifeless, Jason (Efron) and Daniel (Teller) swear singleness in order to bring back "that ... 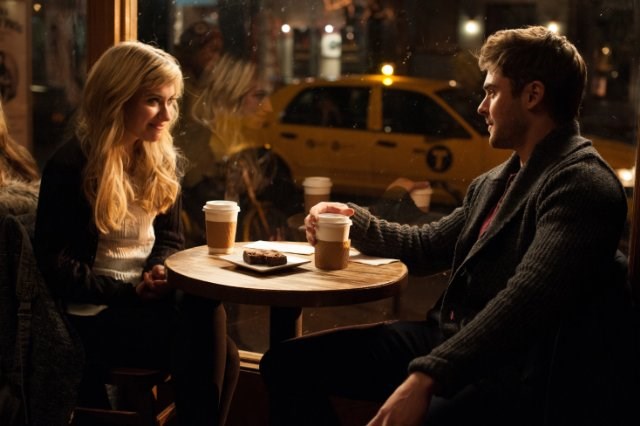