First, the official movie poster for Earth to Echo raised a few eyebrows for its similarities to the poster for E.T. the Extra-Terrestrial—right down to the glowing fingertips.

Then came the trailer, and it looked even more like an E.T. ripoff: Kids stumble upon a cute alien, keep it a secret from everyone—including the dastardly "authorities" in uniforms—learn that it's lonely and wants to go home, and then help the poor little critter in that quest.

Now here comes the movie itself. And the presuppositions are confirmed.

Earth to Echo desperately wants to be E.T. for a smartphone audience. It takes the "faux found footage" approach, which I usually enjoy—especially in films like Cloverfield and Chronicle. But hold the phone home: Compared to Steven Spielberg's 1982 masterpiece, Earth to Echo barely registers a blip on the heart monitor.

Blame it on rookie director Dave Green, shooting his first feature; his only previous experience came with short films with titles like Ham Sandwich and Zombie Roadkill.

Blame it on the writers, who have penned a yawner of script that perhaps should have been titled Echoes of E.T. (But Only Very Faint Ones, and Lame Ones at That).

Blame it on the characters; we learn very little about the four kids who are supposed to carry this story. And yet, don't blame it on the young actors; they were fine, but had little to work with. Brian Bradley, the actor/rapper who goes by the stage name Astro, is entertaining as the film's narrator, making the most of his clichéd lines while bringing some semblance of life to the story.

But most of all, blame it on Echo, the name these kids assigned to their alien friend. Echo is ... 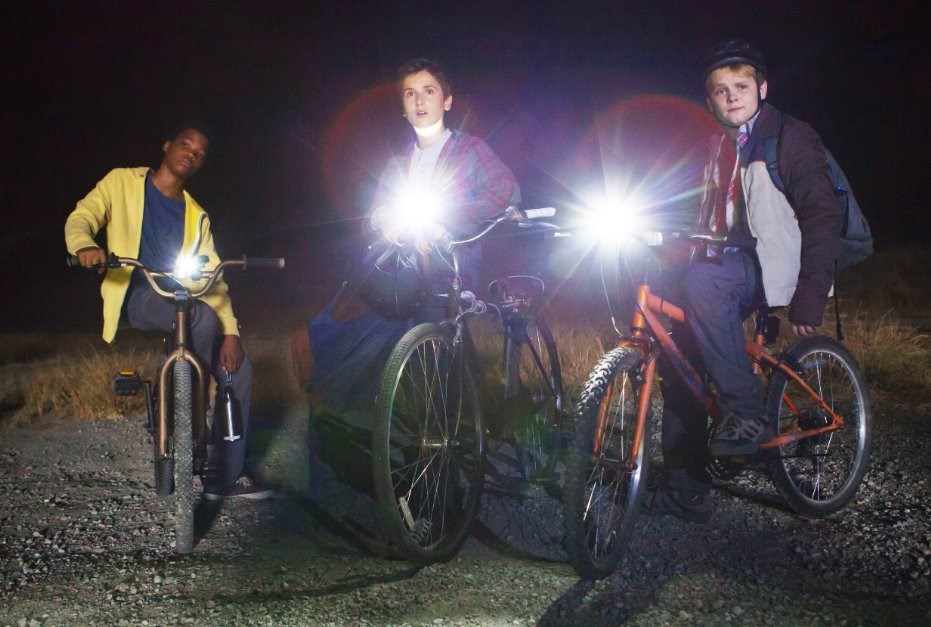