As Edge of Tomorrow begins, aliens have taken over most of Europe. Lieutenant Cage (Tom Cruise) is an American military spokesman forced into combat by a general (Brendan Gleeson) for reasons not made entirely clear. (Something to do with the general's fear that media manipulators such as Cage will make him the fall-guy if the human troop surge is unsuccessful.)

Cage has somehow achieved the rank of lieutenant without receiving any combat training or even learning how to turn the safety off on his weapon, so everyone in his group expects him to die quickly on history's second D-Day. When the battle arrives, he does manage to stay alive long enough to cross paths with super-soldier Rita Vrataski (Emily Blunt). She has been labeled the "Angel of Verdun," because she displayed nearly god-like skills in killing aliens at a previous battle.

As Cage is sprayed with alien blood, he appears to be dying. But then he suddenly wakes up—at the invasion's launching base on the morning of the attack. From there, he has to figure out why he is in a purgatorial time loop and how he can use his seemingly endless supply of lives to formulate the perfect plan to defeat the aliens.

Novelist Ursula K. Le Guin once suggested that in the best science fiction, the author should be allowed one reality-bending premise and then judged on how skillfully she can follow that premise's own internal logic. In Edge of Tomorrow, it is not the time-travel loop that is so hard to accept.

But it's harder to bear how the film fuses its sci-fi premise with an action movie's sensibility: one in which the characters become living, breathing video-game avatars, rather than human beings. And that doesn't work ... 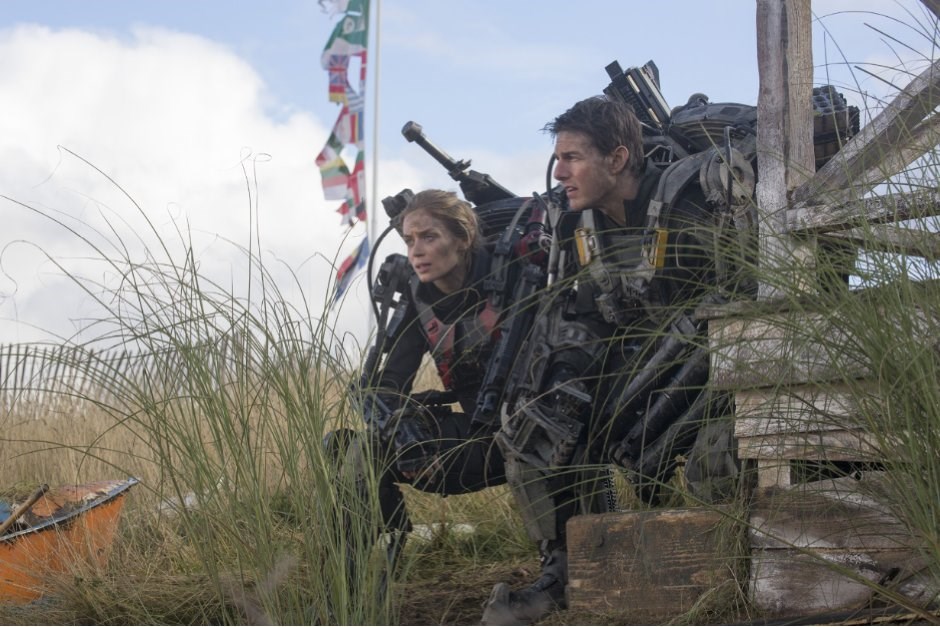