It's a good-enough story with an excellent cast, but it misses its greatest opportunities.
Alissa Wilkinson|March 20, 2014
Image: Summit Entertainment
Shailene Woodley, Miles Teller and Zoë Kravitz in 'Divergent'
Our Rating

It seems to be a rule that to write about Divergent, you have to mention Hunger Games, so let's just get this out of the way: Divergent is no Hunger Games. It's what gets made to capitalize on the wild success of Hunger Games, and it will do well partly because of Hunger Games (which I think is an excellent, well-made film).

But Divergent remains good on its own. I was hooked from the first scene. It doesn't feel derivative, though it has a lot in common with its cousin. Both are based on bestselling YA novels that take place in a dystopian future. Both feature strong, intelligent teenage heroines, and both have love stories that take a back seat to the business of overthrowing oppressive regimes. Both also offer biting (if incomplete) critiques of various sorts of political and social problems that confront us today. By my lights, these are all positive things, especially for teenagers, who are plenty smart enough to get it if they're led well.

But while pretty much everyone besides the few wealthy citizens of Panem's Capitol know that the whole spectacle where they make teenagers fight to the death is a bad thing—a sort of fascist-socialist hybrid in which some are very wealthy and others are very, very poor and everyone is under the government's thumb—Divergent's post-apocalyptic Chicago walled-in enclave seems at first to be a happy place, though it's just straight-ahead fascist.

In this society, the "founders" segregated citizens into five "factions," a word that seems to have been stripped of its negative connotations. Factions are a sort of enlightened caste system, with all factions supposedly equal and membership based on what business types ... 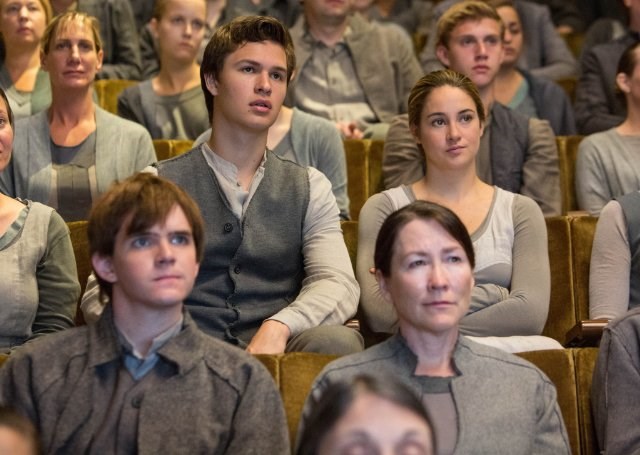