Wes Anderson's The Grand Budapest Hotel is a joy to watch.

There's probably other, better opening review paragraphs that would give you context into how the movie was made, and plug it into some sort of higher-order chronology of Anderson's filmography (which has now officially tipped over into "prolific").

But actually watching the movie trumps all those concerns, especially with Grand Budapest—precisely because this is perhaps the most narratively involuted film that Anderson has crafted to date.

I'll try and present this as clearly as possible: the film opens with a girl reading a book, titled The Grand Budapest Hotel (Layer 1). TGBH is, within the universe of the film, a book written by the unnamed Author, played by Tom Wilkinson (Layer 2). Tom Wilkinson then recounts his visit as a young man to the bi-eponymous Grand Budapest Hotel, his younger self portrayed by Jude Law—this is Layer 3. Jude Law's character encounters the notoriously mysterious Mr. Mustafa (F. Murray Abraham), who then recounts to Law how he came to run the hotel—back when he was known only as Zero (Tony Revolori), and worked for the concierge-savant Mr. Gustave (Ralph Finnes)—Layer 4.

Generally, the more "meta" a narrative is—that is, the more layered, convoluted, self-aware of its own fictitiousness—the more self-indulgent the movie seems. But Grand Budapest is none of those things. It's somehow relentlessly clear (somehow the above paragraph makes much more intuitive sense when you watch the movie, not less), beautifully stylized, wonderfully executed. It's hard to explain in non-hyperbolic terms why this is such an achievement. 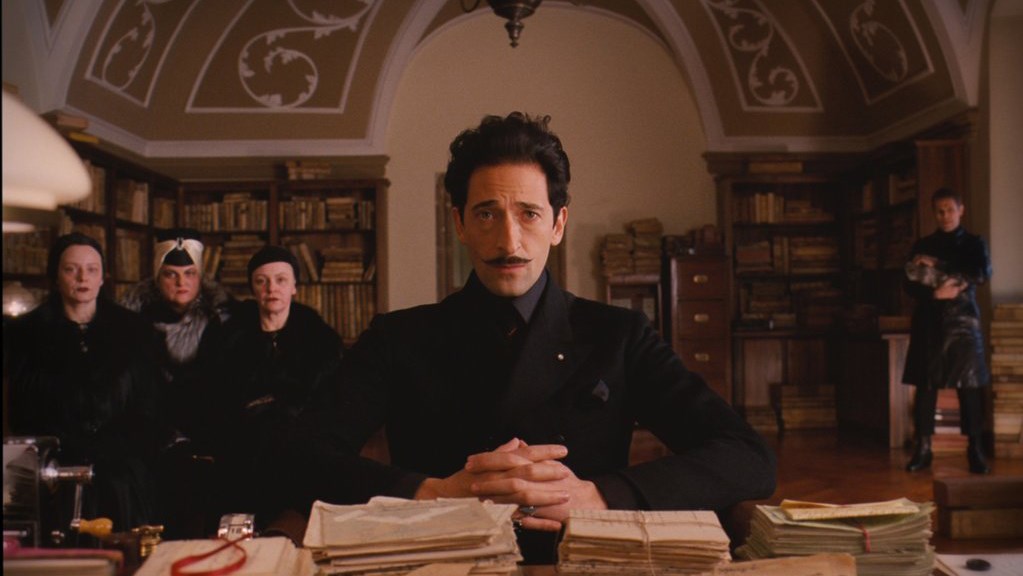