Jump directly to the Content
Explore
From Today's Christian Woman

A story of addiction, healing, and grace
Melody Harrison Hanson|March 27, 2014

We all come from "someplace," and my past—a childhood with a raging and unpredictable father—shaped and nearly broke me. The crushing chaos I lived through as I grew up defined who I became, forming me into a person who assumed that both Father God and men in general were angry or displeased with me. I have a deep chasm inside me filled with self-loathing. I ricochet off people presuming rejection. I stiff-arm intimacy and am instinctively wary. I am restless and uncomfortable in my own skin.

And so, after 20 years, my husband, Tom, still speaks to me with delicate care, with regard for where I come from. Sadly, I sometimes still hear him through a filter of expected meanness even though he treats me with kindness. Being raised in devastation shaped me, but Tom has learned to make allowances that give me room to change. Throughout our marriage, this trust has been paramount.

But it wasn't always like this between us. This is a story of love—and of how I became a falling-down drunk.

How it all began

It began innocently. As I struggled with pain and self-loathing, I discovered that alcohol turned off the looping accusations in my head. With a glass of wine, I forgot how much I hated myself. So Tom and I would occasionally relax with a glass of wine after work, not asking if there were healthier ways to unwind. As the years passed, Tom drank moderately while I fell into a pattern of drinking past the buzz. For the most part, life was good—we had rewarding jobs and four amazing kids, friends, and community. My husband and I were raising a blended family with the usual struggles and joys. Still, over the decade of alcohol abuse, there were many times when I knew something was terribly wrong. ... 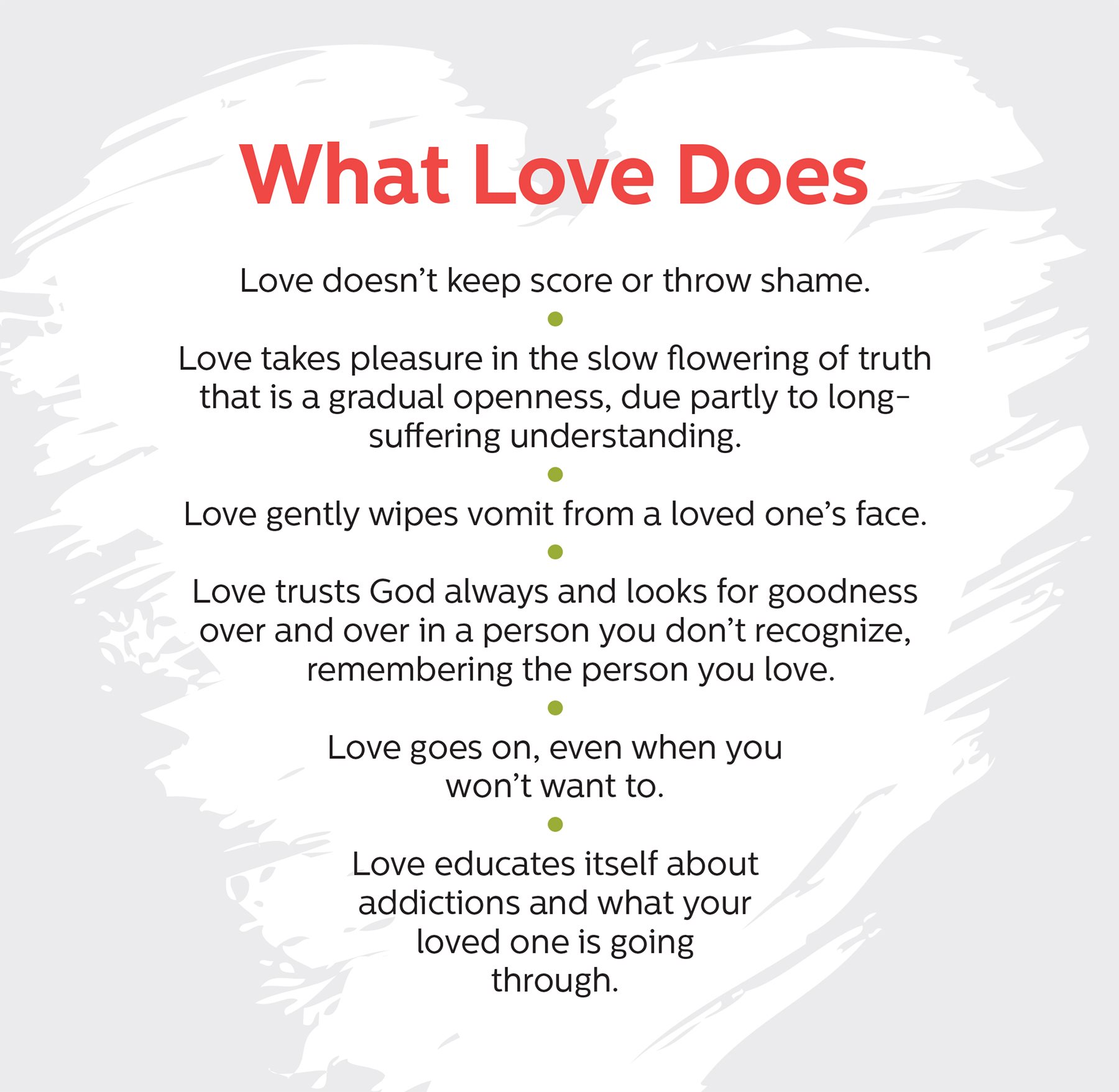