Our resident kid critics take on the story of a dog and his boy.
Benjamin, Claudia, Olivia, and Luisa Johnson|March 11, 2014
Image: Dreamworks Animation Studios
Our Rating

Editor's Note: To review the latest animated film marketed at families, I called in the resident experts again—four kids who like to watch and talk about movies. What follows is their take, with some notes from their parents.

Mr. Peabody is a dog unlike any other dog. He's an inventor and a genius. He has an adopted human son, Sherman, whom he found abandoned as a baby in a box.

Mr. Peabody went before a judge to adopt Sherman because he wanted to give him the home that he never had as a puppy. Though he is a dog, Mr. Peabody is a caring and very protective father who leads the two of them on many adventures in the time machine—the WABAC—learning history first-hand.

Sherman is a smart, friendly seven year old living with Mr. Peabody in a penthouse over Central Park. The story begins on Sherman's first day of school. He fights at lunch with a bold, bratty, and blonde girl named Penny because she calls him a dog. She was insulting both him and Mr. Peabody with this remark.

After the fight that ends in bite, the school's social worker, Ms. Grunion, threatens to take Sherman away from Mr. Peabody. He's a dog—he couldn't possibly be a good father to a human.

Mr. Peabody invites Penny, her parents, and Ms. Grunion the social worker to dinner to take care of the problem. During the evening, Mr. Peabody tells Sherman to get along with Penny and not to show her the WABAC. Penny manipulates Sherman into disobeying his father and he takes her to Ancient Egypt in the WABAC.

Sherman quickly realizes he needs Mr. Peabody's help, so he returns to present day to get his father. They end up going back to rescue Penny, only to set off a on a series of adventures through time. ... 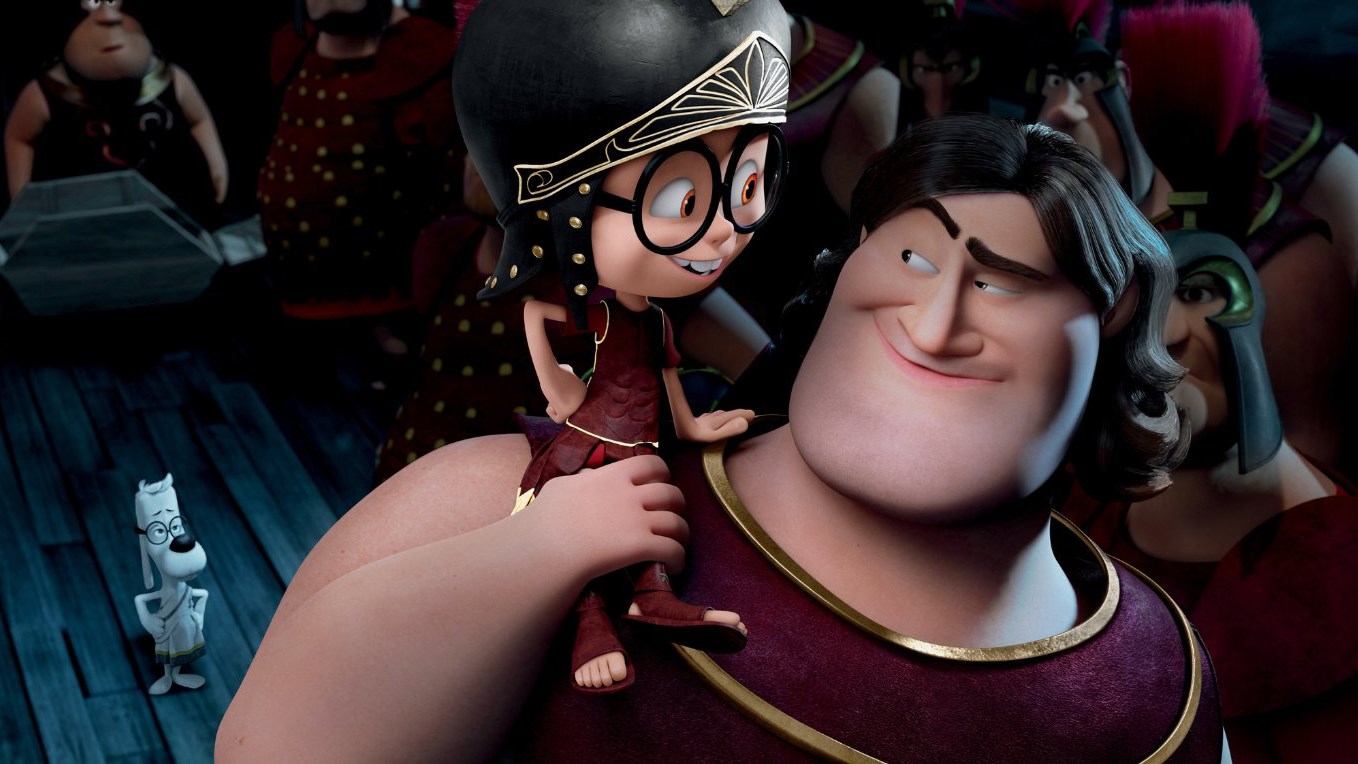