Could Paul have known?

Could Saul of Tarsus, blind about God for decades, blinded by God for three days, really see the invisible? Once those scales fell from his eyes, could he see the unseen?

He wrote that "since the creation of the world God's invisible qualities — his eternal power and divine nature — have been clearly seen, being understood from what has been made, so that people are without excuse" (Romans 1:20).

We read that verse and think of the grand, the majestic, the literally awesome. How can one look at the Himalayas or the rain forest or the cosmos and not see a Creator?

But could Paul have been talking about something substantially smaller?

Could Paul have possibly known about . . . particle physics?

I'm going to go out on a limb here and say, Nah. No way. They didn't even know about germs yet, much less molecules, atoms, and the less-than-microscopic matter that makes it all up. So Paul's off the hook.

But what about today's physicists, especially those who have observed such things, acknowledged their complexity, and marveled at their intricate design? What about those scientists who have truly found the matter that matters most? Are they "without excuse"?

What about those who have actually seen the Higgs boson, the so-called "God particle"? If you've seen the "God particle," have you seen God?

Such questions aren't asked overtly in the fascinating new documentary Particle Fever, but they certainly linger, appropriately enough, just beyond sight. The film follows a handful of world-renowned physicists as they aim to prove the existence of the Higgs boson by smashing zillions of protons into one another at ... 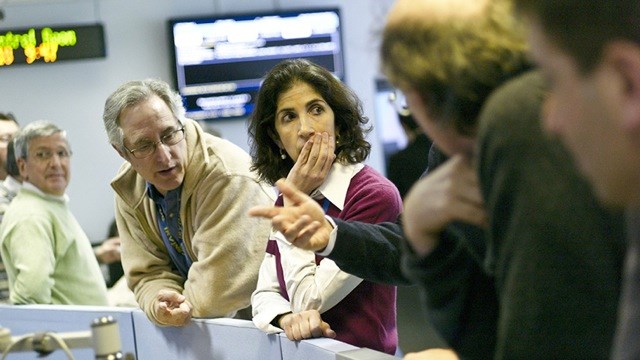