Veronica Mars never went toe-to-toe with Buffy Summers. If anything, the success of Buffy the Vampire Slayer (1997-2003) paved the way for shows like Alias (2001-2006) and Veronica Mars (2004-2007), each featuring young, female protagonists in jobs more frequently filled by men. So Veronica wasn't the first of her kind, but I always thought she was the best.

Turns out I wasn't the only one.

Writer and director Rob Thomas perfectly articulated Veronica's distinctiveness to the audience at the film's SXSW premiere. Buffy and Sydney (Bristow of Alias) could literally beat up the bad guys, but Veronica's "superpower," he thought, should be that she learned not to define herself by what a guy thought of her outfit. (Thomas put it a bit more bluntly, saying it was that she just "didn't give a s---.")

Thomas taught high school for several years and served as a yearbook adviser, crediting that experience as a crash course in how teenaged girls act and talk. He also noted that high school is a time when everyone is painfully self-conscious.

I have always thought it was Thomas's and Bell's willingness to have Veronica channel that self-consciousness into self-examination that raised the show above the level of melodrama. Because Veronica started as a member of the popular clique, her critique of teen culture included a strain of self-examination, even self-indictment. The show was not just about navigating the rigged systems of class and status. It was about trying to forge an alternative to those things, about creating an identity that wasn't based on them and would preserve the shards of self-respect and self-esteem that class privilege and social hierarchies grind ... 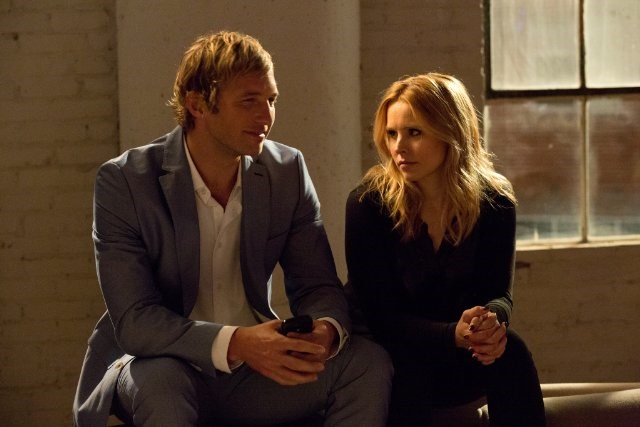