A documentary explores where God was in the midst of a very real tragedy: the tornado that devastated Moore, Oklahoma.
Jessica Gibson|November 6, 2014

Alissa's note: I'm happy to welcome Jessica Gibson, one of my fall interns at CT Movies, to the blog today.

This past May, to mark the one year anniversary of the massive tornado that devastated Moore, Oklahoma, Behold Motion Pictures produced a documentary of the disaster called Where Was God? The film began as a series of interviews with families, teachers, service workers, and others who survived the storm and have been helping rebuild Moore in the year since. Elevate Faith, a media project run by Elevate Church in Moore, conducted the interviews and partnered with Behold to share the stories of staggering tragedy and faith.

On May 20, 2013 a severe thunderstorm developed over the southern metro area of Oklahoma City, spawning a series of destructive tornados ranging from EF1 to EF3 sizes. At 3:01 in the afternoon, an EF3 tornado touched down outside Moore. By the time it hit the town, it had intensified into a full EF5 tornado that traveled 23 kilometers and was nearly 2 kilometers wide. It caused an estimated $2 billion in damage. Twenty-four people lost their lives during the storm, including seven children at the devastated Plaza Towers Elementary School. Where Was God? focuses on stories from Plaza Towers families whose children were trapped during the storm and the heroism of a teacher whose actions saved her young students.

The most remarkable thing about these interviewees’ testimonies was that by the first interview, the film had already answered its question. The opening line of the documentary is Romans 5:3-4, in which Paul describes how suffering creates hope. That process is the clear message of Where Was God? from the start. It’s not a resounding, amazing conclusion, but a steady, ... 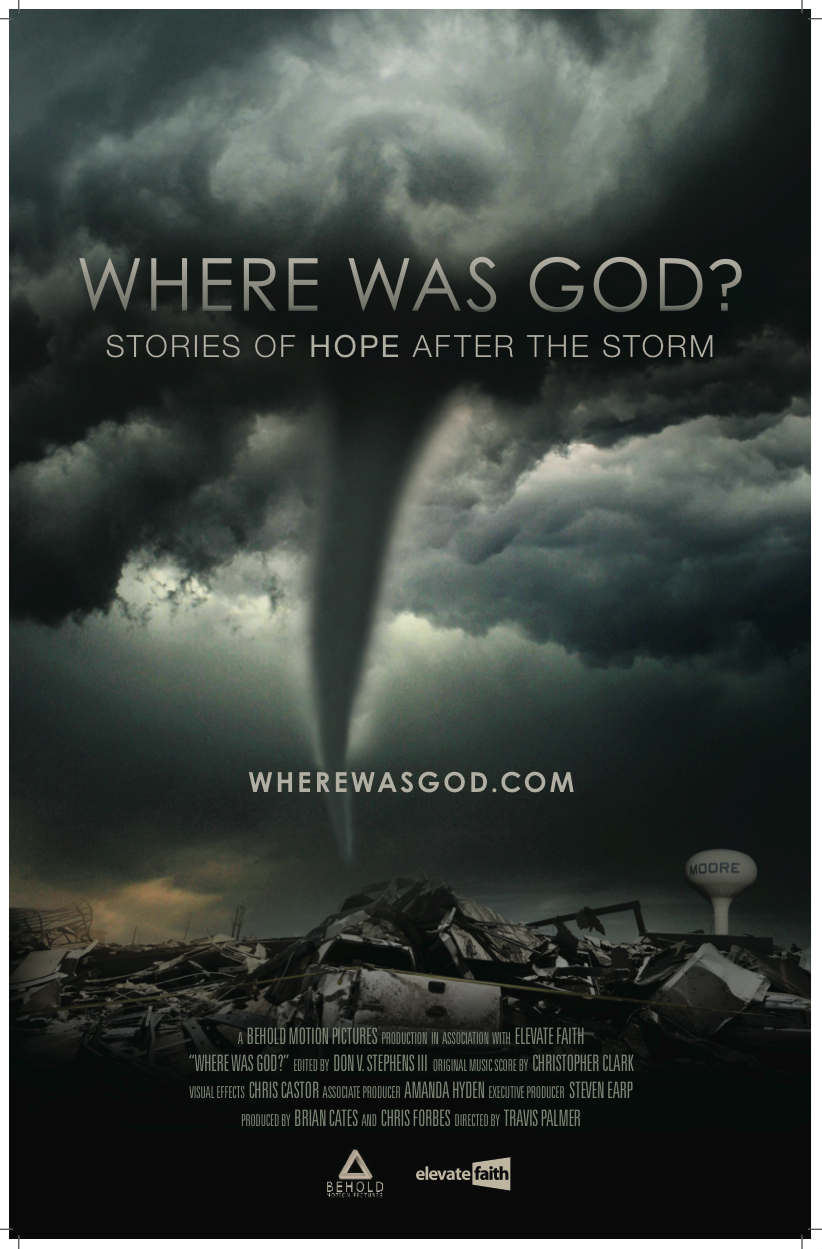