A stirring tale about the Lost Boys of Sudan raises a good question: Is it ever OK to fib?
Mark Moring|October 2, 2014
Image: Kelly Walsh / Alcon Entertainment, LLC.
'The Good Lie'
Our Rating

Is it always a sin to tell a lie? Even to save your own life—or that of a loved one?

Could there be such a thing as “a good lie”?

These are questions worth considering when watching The Good Lie, which tells the story of a handful of Sudanese refugees—better known as “The Lost Boys of Sudan”—and their incredible journey . . . first to escape war in their native country, and then to adjust to their new homes and lives as they resettle in the United States.

The main characters in this moving film are fictional, but the story behind them is harrowingly true. Sudan’s Second Civil War, from 1983-2005, left more than 2 million people dead—and 100,000 orphans. Many of those children ultimately found sanctuary in the Kakuma Refugee Camp in Kenya, and in 2000, about 4,000 of these “lost boys” relocated to the U.S. as part of a program to give them an opportunity to start anew.

The Good Lie focuses primarily on five of these refugees, beginning when they’re young children. Brothers Theo and Mamere and their younger sister Abital are orphaned when soldiers attack their village, killing most of the adults. On their perilous flight to safety, they join up with brothers Jeremiah and Paul, orphans fleeing from another village.

One morning, the five youngsters are sleeping in tall grasses when Theo, the oldest, wakes first—and is spotted by soldiers. Theo raises his arms and surrenders, telling the soldiers he is alone. They take him prisoner while the other four remain safely hidden.

Was Theo’s deception the good lie of the film’s title? You decide.

The four remaining children finally make it to Kakuma, joining tens of thousands of other ... 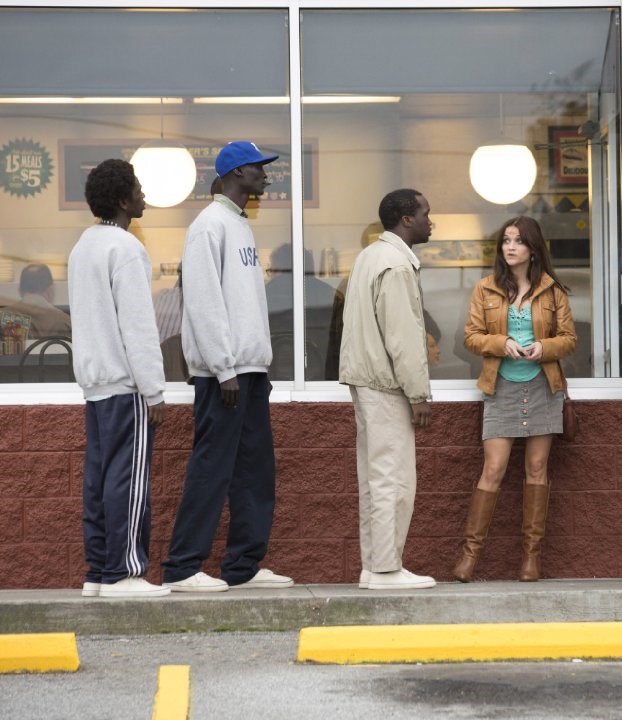