A musical crowd-pleaser from a new director, and something else entirely.
Bearden Coleman|October 2, 2014
Image: Daniel McFadden / Sony Pictures Classics
Miles Teller as Andrew and J.K. Simmons as Fletche

The films roll on at the New York Film Festival, as screenings open to the general public run alongside press screenings now that the festival is well into its third week. If you’re in this neck of the woods the next couple of weeks you couldn’t do much better than snagging a ticket to one of the festival’s many offerings and then planting yourself in line outside the Walter Reade Theater.

I’ll certainly be there early as can be this Saturday morning for the world premiere of Paul Thomas Anderson’s Inherent Vice—and, yes, that’s sort of a gleeful brag considering the film doesn’t properly open until Christmas.

Still, there’s plenty for all of us to look forward to until then, not least of which is the new semi-autobiographical film by Damien Chazelle, Whiplash. Set in the dog-eat-dog world of an elite musical conservatory in Manhattan, the film follows Andrew Neyman (Miles Teller giving a marvelously physical performance) as he aims to secure (and keep) a spot as first chair drummer in the conservatory’s top jazz ensemble, referred to as “the studio band.” Andrew, however, finds himself up against Terrence Fletcher, the group’s conductor who regularly inflicts emotional and physical abuse on his pupils in the name of jazz purity. It’s a method that Fletcher hopes will weed out the merely (and sometimes even exceptionally) competent players, while pushing talented musicians to new realms of ecstatic musical performance.

Playing Fletcher, J.K. Simmons absolutely blows it out. Outfitted in tight black T-shirts and matching trim pants that show off his lean and sinewy body, Simmons goes full Sargent Hartman on his pupils. He tosses chairs ... 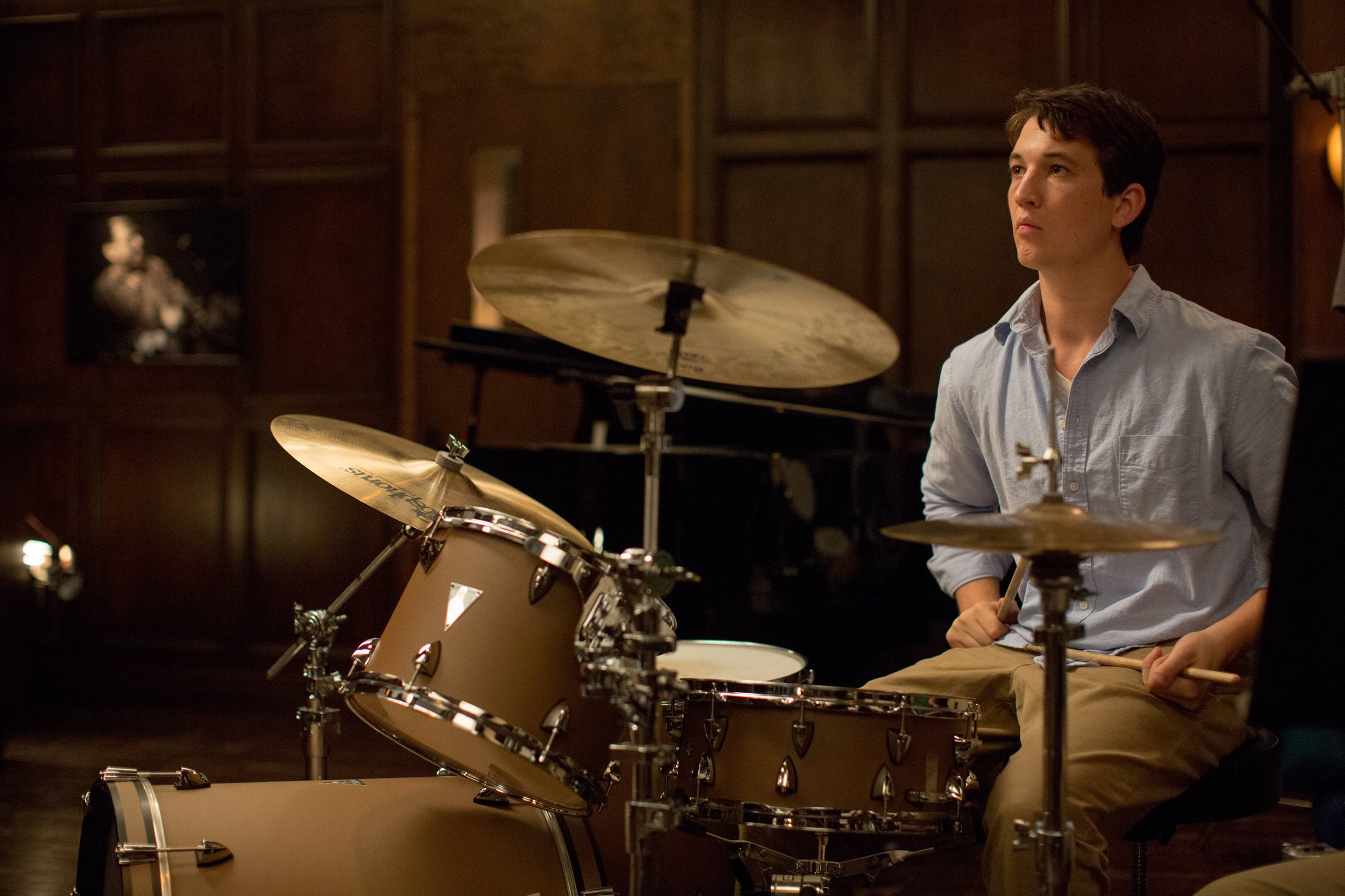