Like Snape, Fletcher directs extra measures of wrath on the pupil with the most promise. Andrew is his Harry Potter. And while they are enemies for much of the film, they also need each other. Fletcher’s relentless whip-cracking ... 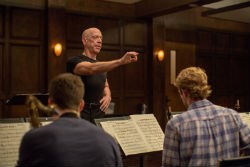