The Toronto International Film Festival (TIFF), like most festivals, tends to be an auteur-focused affair. In the weeks leading up to the event, press releases fly, reminding critics which directors have new films dropping.

But crowds rarely line up on the street across the screening venue hoping to catch a glimpse of Bennett Miller, Jessica Hausner, or Olivier Assayas. Directors’ names carry prestige, but we are still a star-driven culture. People have their favorite directors, but they are in love with their favorite stars.

And, truth to tell, TIFF offered a plethora of great performances. Looking back over the festival, here are six of my favorite.

Aleksey Serebryakov plays Kolya in Andrey Zvyagintsev’s Leviathan. The TIFF catalog compares Zvyagintsev’s work to Tarkovsky’s. While I see some obvious thematic resemblances, particularly in the use of religious language as a frame, I don’t recall Tarkovsky’s work works eliciting the sorts of memorable performances we get here. Kolya might be a bit of a stock figure for American viewers; he is a stern, Russian patriarch. Serebryakov makes him seem real, though, and that holds are interest until we start to see more to the character than what appeared at first glance.

When I mentioned on Twitter that Kristen Stewart was having a good festival, one of her many fans replied asking if I was being sarcastic. Those who love the actress for her turn as Bella in Twilight are apparently not used to her being treated with much esteem. Stewart shared the spotlight with Juliette Binoche in The Clouds of Sils Maria and Julianne Moore in Still Alice. Both films were vehicles designed to feature the talents of the lead actress, but both needed—and ... 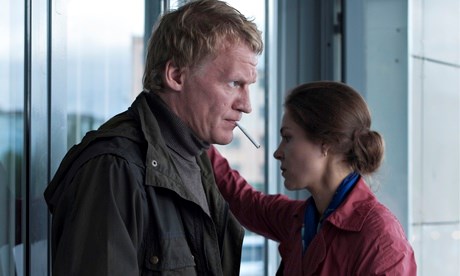