Sometimes you do know what you have before it’s gone. This is what greatness looks like.
Kenneth R. Morefield|September 11, 2014
Our Rating

When you’re reviewing a Dardennes film, it’s tempting to bypass the brothers’ substantial fan base and address yourself to the uninitiated. You want to plead with those who are hungry for their art to offer more than comic book heroes and young adult vampires to sample the best, rather than always the most mediocre, of what contemporary cinema has to offer.

Alternately, you long to rail against those so intimidated by subtitles that they would rather curse the darkness than bathe in one of cinema’s warmest lights.

Here, though, I want to avoid that temptation and address myself to those who already know and esteem the Belgian brothers who have twice won the Palme d’Or. Two Days, One Night is everything we hoped for: empathetic, compassionate, openly and yet subtly spiritual.

With each new Dardenne film, we steel ourselves for the seemingly inevitable disappointment. They can’t just keep getting better, can they? That’s not the way success is supposed to work. The greatest athlete occasionally drops a pass; the best soprano sometimes misses a note.

Yet in the last eighteen years the Dardennes have given us seven features, any one of which would be the crown jewel in most directors’ filmographies: La Promesse, Rosetta, Le Fils (The Son), Lorna’s Silence, The Kid With a Bike, and, now, Two Days, One Night.

The premise, as it is with most the Dardennes’s previous films, is deceptively simple. As the film opens, Sandra (Cotillard) has been laid off from her job with a small company that apparently makes or sells solar panels. Her co-workers have been given a choice: accept Sandra’s termination and receive an annual bonus, or let Sandra remain and forfeit ... 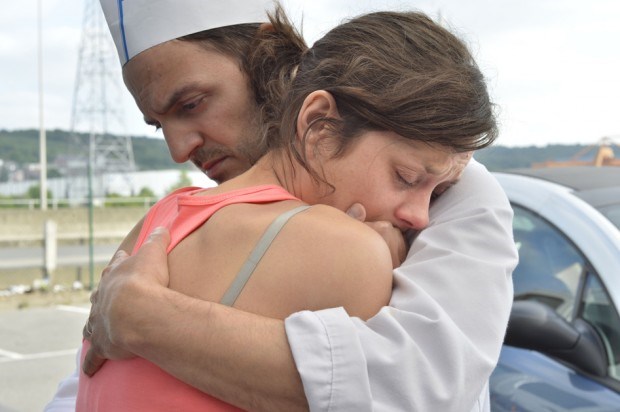