The first two episodes of A.D. The Bible Continues were based on the gospels and had to juggle the various accounts of Jesus' death and resurrection while also speculating as to how the authorities—specifically the Jewish high priest Caiaphas and the Roman governor Pontius Pilate—might have responded to the disappearance of Jesus' body. But now the third episode takes place entirely within the timeframe of the book of Acts, so there is less juggling, less harmonizing, to do.

That means there are now even more opportunities for the filmmakers to add fictitious elements that flesh the characters out; all they have to do is look for possible gaps within the narrative of Acts and add some details of their own. And thus, this episode introduces Maya, the teenaged daughter of Peter, as well as Herod Antipas, the quasi-king who is mentioned quite a bit in the gospels but plays no role in the events of Acts.

The Bible never says whether Peter had any children, but there is an old tradition to the effect that he might have had a daughter. The gospels do say that Peter had a mother -in-law, who is also mentioned (though not seen) in this episode, and Paul even writes in I Corinthians 9 that Peter was one of many apostles who were accompanied on their journeys by "believing wives" (unlike Paul, who was single). But this episode imagines that Peter's wife is already dead, presumably to keep the story from getting too complicated.

Alissa Wilkinson is Christianity Today's chief film critic and assistant professor of English and humanities at The King's College in New York City. She lives in Brooklyn.
Previous Watch This Way Columns:
Tags:
None
Posted:
April 24, 2015
More From: Peter Chattaway 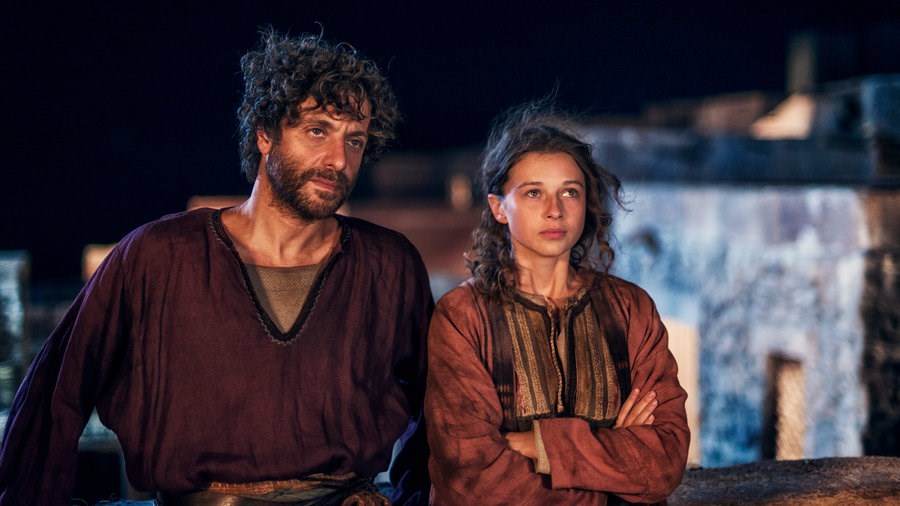