Thematically, there's a family resemblance between the Oscar-winning Birdman and Olivier Assayas' Clouds of Sils Maria. Both are about aging stars facing their own mortality. In both, those stars are thrown into relief against younger, more notorious actors with reputations for scandalous behavior. In both, they're undertaking ambitious stage work in a project of reminiscence. And both star actual aging actors (Michael Keaton, Juliette Binoche) who are more sought-after than their characters.

But cinematically, the films's similarities trail off there. Michael Keaton is wildly accomplished, but cut his teeth as a comic book movie hero (in the movie and in real life); Juliette Binoche is an international superstar who's arguably worked with the most great directors of any actor alive, and her character is a permutation of that. Birdman is a frenetic zigzag dash around the subject shot in the cramped back hallways of a Broadway theater, while Clouds of Sils Maria is a slow-and-steady hike toward a Swiss mountain. Birdman is underscored by a percussive score; Clouds of Sils Maria features mostly Handel.

Binoche plays Maria Enders, acclaimed actress, who is convinced by a young theatre director to star in a West End revival of the play that first made her famous twenty years earlier. That play is about the sexual power games between Sigrid, a young intern, and her boss Helena, who eventually commits suicide. As a young actress, Maria played Sigrid; now, she'll be Helena. Sigrid will be played by Jo-Ann Ellis (Chloe Grace Moretz), a big-time Hollywood actress in the Lohan mold.

To prepare, Maria retreats to a remote cabin Alps with Valentine (Kristen Stewart), her assistant. They run lines. They ... 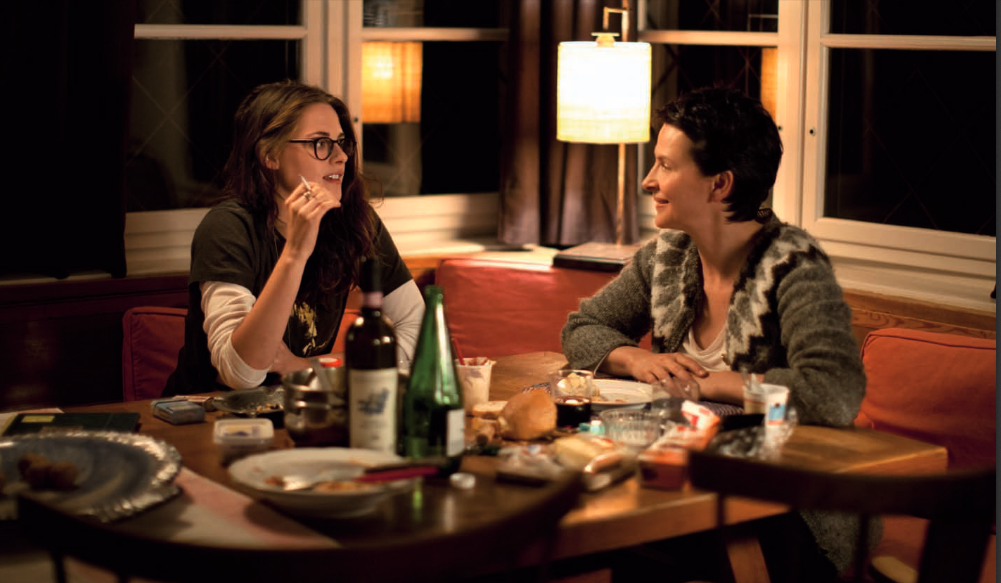