A movie by the author of 'Gone Girl' tells a flimsy mystery story instead of a tale of forgiving yourself.
Alicia Cohn|August 6, 2015
Image: A24
Charlize Theron in 'Dark Places'
Our Rating

Dark Places wants to be a movie about forgiveness. It comes close to asking some big questions, like these: How do we acknowledge the past while living in the present? How do we forgive ourselves for past mistakes without running from the consequences?

Instead, it’s a fairly standard murder mystery with some good acting and an ending that comes out of nowhere.

Libby Day (played as an adult by Charlize Theron) is an unreliable narrator, but not intentionally. As a child (played by Sterling Jerins) she was the only survivor of a massacre that left her mother and two sisters dead in the middle of the night at their home in rural Kansas. Young Libby testified that she witnessed her brother, Ben (played as a teen by Tye Sheridan and an adult by Corey Stoll), commit the murders. Her testimony (and his reputation in the small-town community) sent Ben to prison.

Nearly 30 years later, Libby is still trapped in that “dark place” in her past, both unable to confront her memories and paralyzed from moving on. She literally lives on her identity as the famous little girl whose family was killed, profiting from the interest of strangers.

But now that she’s aging out of public interest, Libby is warned she needs to grow up and get a job. Instead, she finds a hobby group called the “Kill Club” composed of people who like to investigate cold murder mysteries. They are willing to pay Libby money to help them access old clues. Lyle (Nicholas Hoult) becomes Libby’s unofficial boss, sounding board and something of a supportive fill-in brother on her journey.

It’s an innovative set-up for a mystery but not quite enough to overcome the flaws of the story.

Based on a novel by Gillian ... 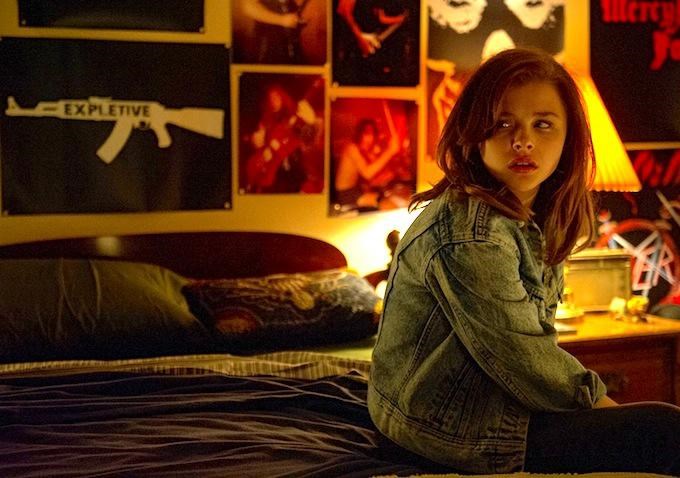