At the end of the TV anti-hero age, on-screen kindness and integrity aren’t in great supply. But that’s not so on the Sundance series Rectify, which recently concluded its third season. (The first two seasons are available on Netflix.)

Set in Paulie, Georgia, Rectify is the story of the Holden family, whose son Daniel (tenderly played by Aiden Young) is released from death row after nineteen years when new DNA evidence vacates the original trial. One of the show’s central mysteries is whether Daniel did indeed commit the alleged rape and murder that landed him in prison as a teenager.

But the show’s creators are far more concerned with how the Holdens deal with the aftermath, when Daniel returns home for a second chance at life.

Showrunner Ray McKinnon grew up in a small town in Georgia similar to Paulie and is clearly familiar with honest depictions of faith, especially Southern Baptist faith. His characters are good, honest, and complex people trying their best to do right by each other and live out their faith.

Scott Teems, a devout Christian who previously spoke with CT after his directorial debut That Evening Sun, is also heavily involved with the project, serving as the story editor for much of the first three seasons, and writing and directing a few episodes as well, including season 3’s penultimate chapter “Girl Jesus.”

Now a free man, of a kind, Daniel Holden often feels conflicted by his past, as well as his present unpredictable behavior, echoing Paul in his letter to the Romans: “I do not understand what ... 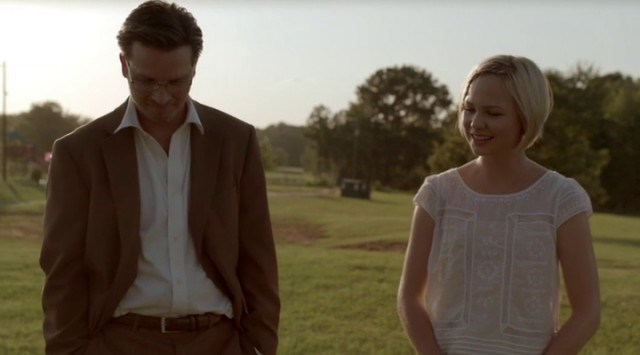