Less than a year ago, director Alejandro González Iñárritu won three Academy Awards (best picture, best directing and best original screenplay) for Birdman, a comedy that signaled a potentially more lighthearted new direction for a filmmaker known for rather bleak films about human suffering. Iñárritu’s first three films, after all, comprised what came to be known as the “Death Trilogy”: Amores Perros (2000), 21 Grams (2003) and Babel (2006). His fourth and least acclaimed film, Biutiful (2011), was criticized for being a “spectacle of unrelieved misery” and an “oppressive 150-minute dirge.”

Iñárritu’s latest film doesn’t quite revert to the miserablist depths of his earlier films, but it is certainly no breezy Birdman. No, The Revenant (in theaters on Christmas Day) is stark, bleak and punishing for most of its 156 minutes.

Inspired by the true survival story of 1820s frontiersman Hugh Glass (Leonardo DiCaprio), the film picks up Iñárritu’s familiar explorations of visceral portraits of emotional and physical suffering, this time set in the snowy wilds of the American west. Shot in 100% natural light and freezing temperatures by Oscar-winning cinematographer Emmanuel Lubezki, The Revenant may be Iñárritu’s most beautiful film; its scenic sublimity provides crucial catharsis for the film’s relentlessly harrowing story.

Among other things, the film explores the morality of revenge and eye-for-an-eye justice, presenting an alternate view to other Hollywood takes on the subject (including the films of another director debuting a violent western on Christmas Day). 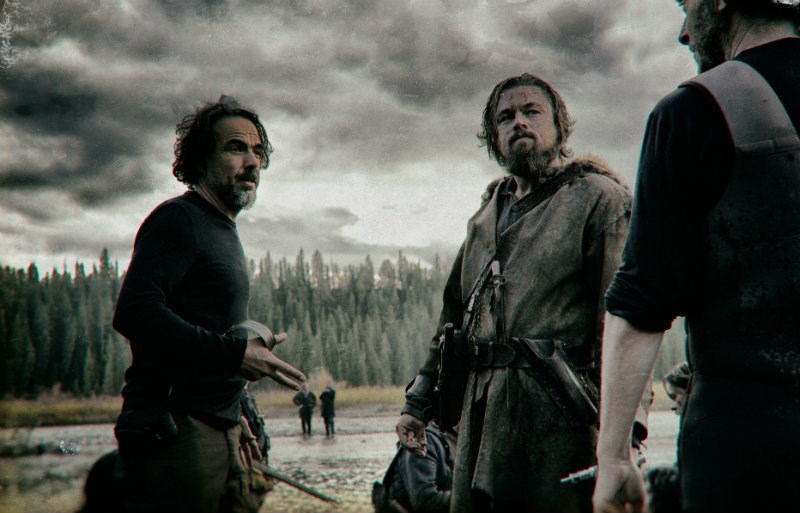