What accounts for our religious devotion—and our need to shoehorn 'Star Wars' into our own theology?
Alissa Wilkinson|December 21, 2015

Absolutely no spoilers for Star Wars: The Force Awakens. I promise.

It was inevitable, and truly a sign of our times.

Reuters reports that Berlin’s Zion Church chose an unusual order of worship on Sunday: a Star Wars-themed service, obviously meant to coincide with the global release of Star Wars: The Force Awakens, the seventh episode in the intergalactic space opera. This is notable partly because Zion Church is a landmark in Berlin, a place where Dietrich Bonhoeffer worked at the beginning of the 1930s, according to a Berlin tourism site. (That it was also the fourth Sunday in the Christian season of Advent, traditionally dedicated to contemplating “peace,” seems to have escaped most journalists’ irony detectors.)

I’d wager quite a few Galactic Credits that Zion Church wasn’t the only place in which congregants heard some reference to Star Wars last Sunday, though maybe not everyone toted their light sabers to church. Star Wars: The Force Awakens (our review), the seventh episode in the intergalactic space opera, raked in record-breaking returns from critics, fans, and the box office. And it’s safe to guess that it raked in substantial sermon references and Sunday school discussions as well.

In other words, may the Force be with you. (And also with you.)

Fantasy sagas traffic in mysteries: The Lord of the Rings, Harry Potter, and The Chronicles of Narnia all feature deep mythologies rooted in religious questions. Even the relatively godless universe of Game of Thrones has some mystical threats lurking around the edges.

But when it comes to religion, Star Wars is on another level altogether. The Jedi system of belief and practice (which is explicitly, and deprecatingly, ... 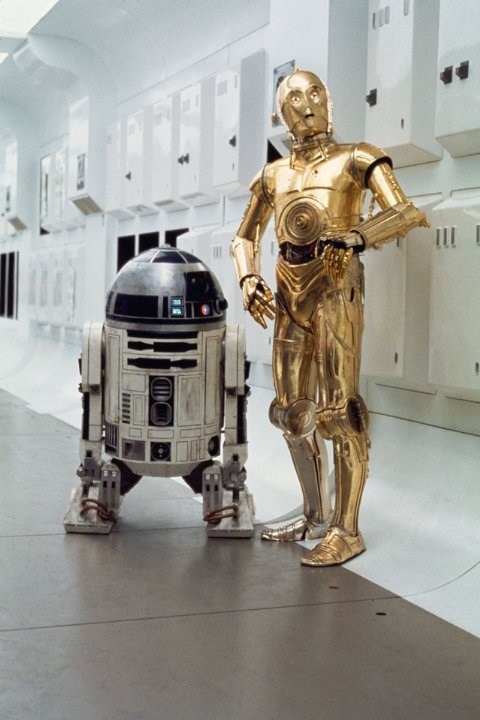