Prepare to wander the Appalachian Trail, begin the slow decline of political media coverage, and get properly frightened in the woods.
Alissa Wilkinson|January 24, 2015
Image: Jarin Blaschke
'The Witch'

You can read yesterday's entry here.

One thing they tell you when you're going to a film festival is to be prepared to stand in line for a long time, and when you have a press pass—like me—you have to show up pretty early to get into movies. So this morning, I was in line for The Witch forty-five minutes before its scheduled 9:00am runtime . . . and got turned away.

So after a coffee, I headed off to the premiere of A Walk in the Woods, Ken Kwapis's adaptation of Bill Bryson's book about walking the Appalachian Trail. Premieres are large and crowded with Festival pass- and ticket-holders (rather than the smaller press and industry screenings), so the feeling is quite different than a room full of exhausted veterans. These were moviegoers. And they were excited for this movie.

A Walk in the Woods stars Robert Redford—who founded Sundance in 1978—as Bryson, and Nick Nolte as his friend Stephen Katz, with Emma Thompson in a small role as Bryson's wife. With a screenplay by Michael Arndt, who wrote Little Miss Sunshine (itself still one of the biggest acquisition deals ever made at Sundance), it's fitting that the humor feels a lot like Bryson's own, filled with wry asides and punchy one-liners. There was a lot of laughter in the room.

It also boasted what felt like an outsized number of the kind of sexist jokes old men tell one another (Nolte is 73, while Redford, inconceivably, is 78); it's one thing to laugh at the men themselves for telling them, but after they kept coming the crowd quieted down a bit. That was symptomatic of the film's problem: it plays like an aimless ramble, which I suppose could be some kind of very sophisticated form-informs-content ... 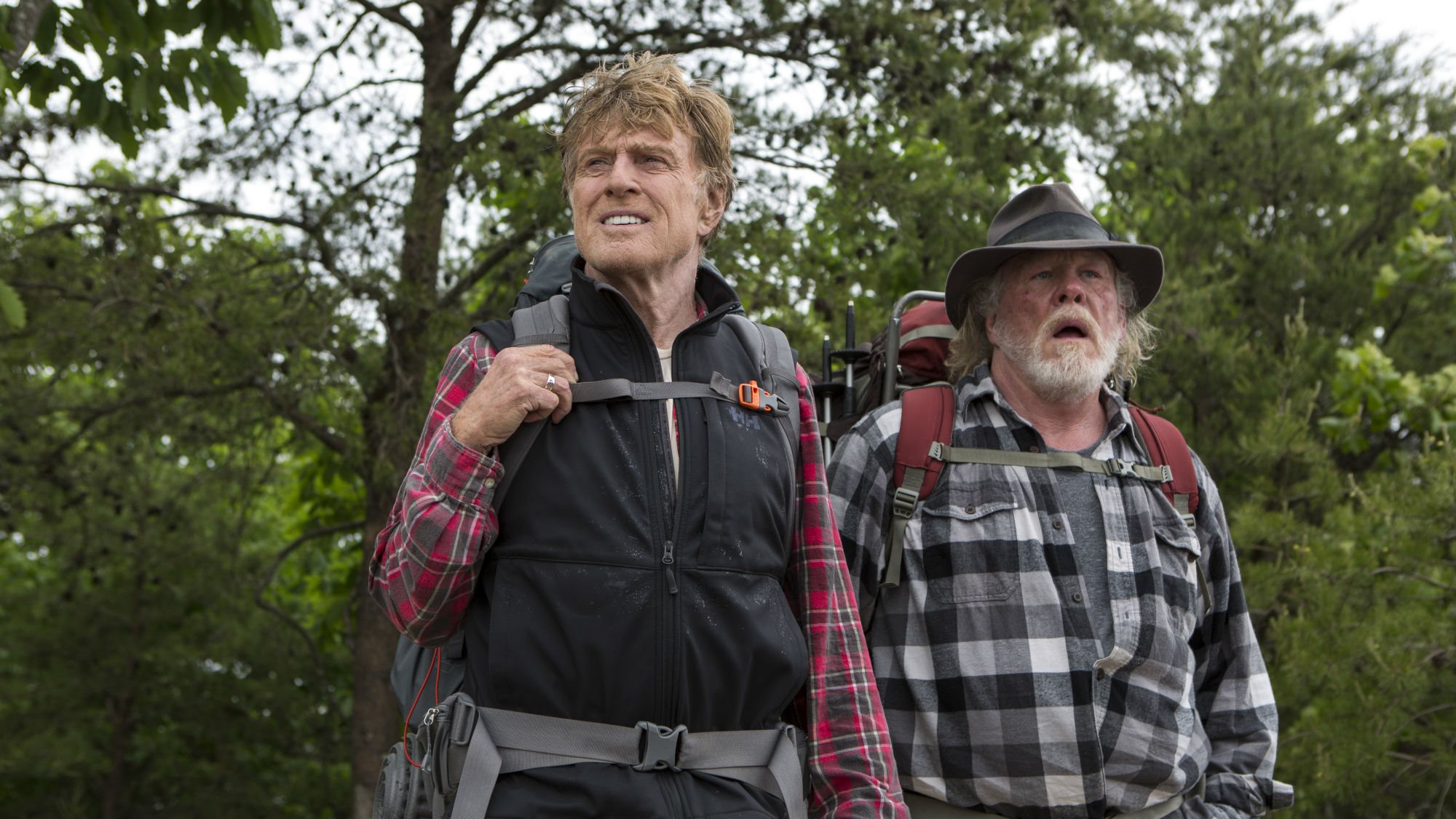