Signs of Belief: How a Small Dispute over Church Marketing Became Supremely Important

The nation’s highest court kicks off the New Year with an unlikely case, brought by the pastor of a 30-member church that meets in a senior center in Arizona.

Clyde Reed, pastor of Good News Presbyterian Church, is fighting the town of Gilbert, a Phoenix suburb named in 2013 as one of America’s 10 most friendly cities for conservatives.

Good News, a member of the Associate Reformed Presbyterian Church, has used temporary signs to announce services since it began 14 years ago. In 2005, Gilbert began enforcing a sign code restricting the size, location, number, and duration of signs advertising events. Penalties for breaking the code include fines and jail time for repeated violations.

The restrictions don’t apply to political, ideological, or homeowners association signs, which can be larger and displayed longer. “The government shouldn’t be able to pick and choose speech favorites,” said David Cortman, vice president of litigation for Alliance Defending Freedom (ADF), which represents Reed.

The case, which will be argued January 12, could clarify the “distinction between content-based and content-neutral restrictions . . . [which is] one of the most important rules of First Amendment law,” said UCLA’s Eugene Volokh, Notre Dame’s Richard Garnett, and other law professors in an amicus brief supporting Reed.

Even in the digital age, road signs remain important, said Thomas Berg, a law professor at the University of St. Thomas in Minnesota, who filed a brief arguing that Gilbert is infringing on the constitutional right to assemble. “Even a general Google search for a church doesn’t reach the same audience as a sign reaching people who are just ...

Signs of Belief: How a Small Dispute over Church Marketing Became Supremely Important 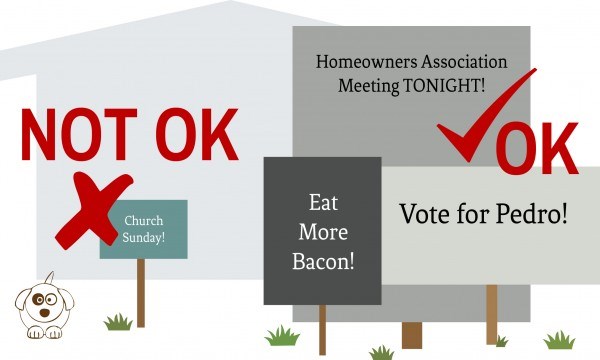 Signs of Belief: How a Small Dispute over Church ...

This article is from the January/February 2015 print issue. Subscribe to continue reading.