As the NBC miniseries continues, it makes use of some texts outside Acts—but only some.
Peter Chattaway|June 3, 2015
Image: NBC
Saul prays in prison

Peter and Paul loom so large in the history of the Church, and are so frequently linked in the traditions of the Church—from icons and special feast days to the tradition that they were both executed by the emperor Nero—that it comes as a bit of a surprise to realize that, if all you had to go by was the book of Acts, it wouldn't be clear whether Peter and Paul had ever met, much less spoken to each other.

It's certainly implied that they meet when Barnabas introduces Saul to "the apostles" in Acts 9, and Peter and Paul both make presentations to the Council of Jerusalem in Acts 15—but if they ever spoke to each other specifically, the book of Acts never says so.

Filmmakers, of course, can't leave it at that. If you're going to make a movie about the book of Acts, you have to show its two most important characters meeting at some point, and that means writing dialogue for them and so on.

Thankfully, Paul himself tells us about some of his meetings with Peter in the early chapters of Galatians—and not all of those meetings went well. But many filmmakers tend to ignore Paul's letters when they dramatize the rise of the early Church—they tend to rely on Acts exclusively for their dramatic framework—so when they do show Peter and Paul meeting each other, they have to make something up.

A.D. The Bible Continues, it seems, is one of these Acts-only adaptations. 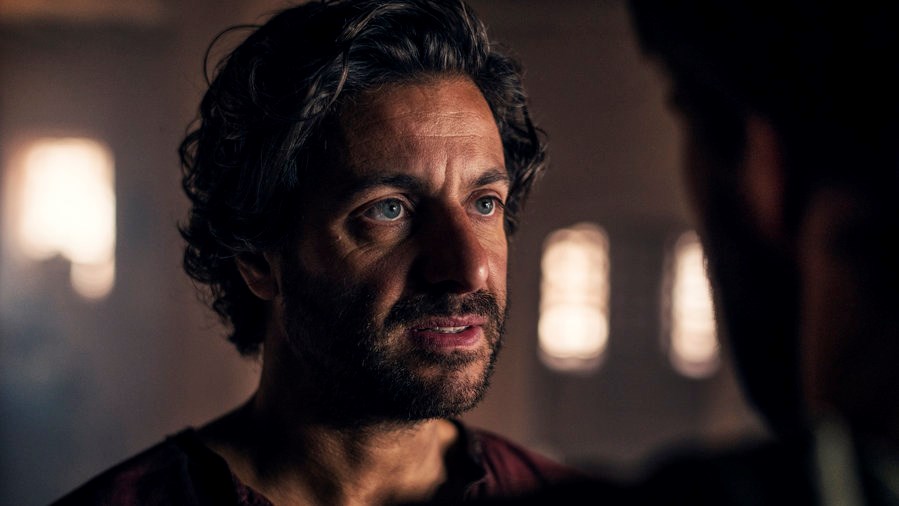