Those are just the beginning. But our son, who also has Asperger's syndrome, also often surprises us, giving us glimpses of hope that yes, he’ll be okay.

Like tonight, when I was watching a press screener for a film to review for Christianity Today. Pete walked in and asked what I was watching.

“It’s a movie called Infinitely Polar Bear,” I told him.

“A man who has bipolar disorder.”

Pete looked at the TV screen, and immediately recognized the lead actor.

“Hey,” he said, “that’s Mark Ruffalo. He’s the Hulk in the Avengers movies.”

“I hope his bipolar in this movie isn’t as bad as when he’s the Hulk, or else his family’s in big trouble!”

We both had a good laugh, and then Pete walked away. I appreciated his astute observation, and it says so much about this movie, opening this week in limited release.

Ruffalo, one of our best actors, has proven that he can handle just about any role thrown his way. He can do blockbuster movie bipolar, as shown as Bruce Banner/Hulk in the Avengers movies. And he can do gritty little indie film bipolar, as he does so well here in Infinitely Polar Bear.

He doesn’t turn green, battle aliens, or yell “Hulk Smash!” in this movie. But ... 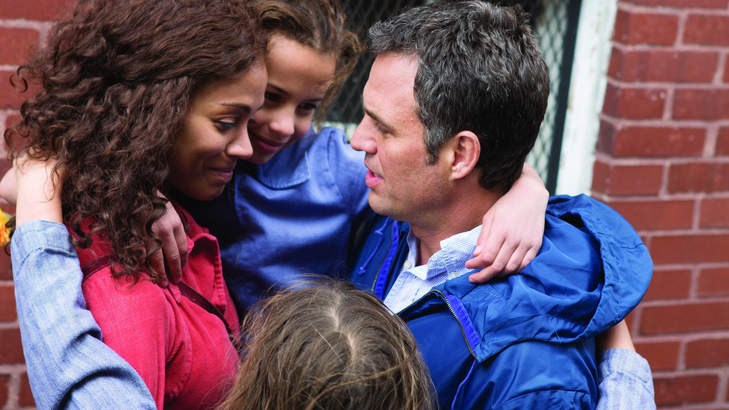