After going extinct in 2001, the franchise returns with a familiar warning: Don’t play God. (But it sure makes for a fun ride.)
Mark Moring|June 11, 2015
Image: Universal Pictures
'Jurassic World'
Our Rating

In the days leading up to the release of Jurassic World, there have been stories aplenty about the plausibility of the science behind the premise of the whole thing: “Could modern man create dinosaurs from DNA that’s millions of years old?”

The scientists in Michael Crichton’s excellent 1990 novel, Jurassic Park, certainly could. And so could the genetic engineers in the first three films of the franchise of the same name, which released in 1993, 1997, and 2001.

Now that 14 years—and gazillions of scientific breakthroughs—have elapsed since the last film, people are asking the question again. Could it happen?

It’s easy to find articles refuting the notion. Business Insider even published a story titled “5 science facts Jurassic World totally ignored,” including a list of all of the movie’s dinosaurs that didn’t even live during the Jurassic Period. (Party poopers.)

And there are articles about how much science has progressed since 2001, noting that we’re closer than ever to being able to pull it off. Jack Horner, the paleontologist who has served as a consultant on all four films, says the new movie is “scientifically more plausible” than its three predecessors.

There is the pesky fact there is zero dino DNA to be found anywhere. And even if there were, scientists say it couldn’t have survived more than a million years or so.

But all the stories and hypotheses ignore the bigger question lurking behind it all. It’s the same question Crichton explored in his novels and the same one that Ian Malcolm, the quirky “chaotician” played so deliciously by Jeff Goldblum in the first two films, asked all along. 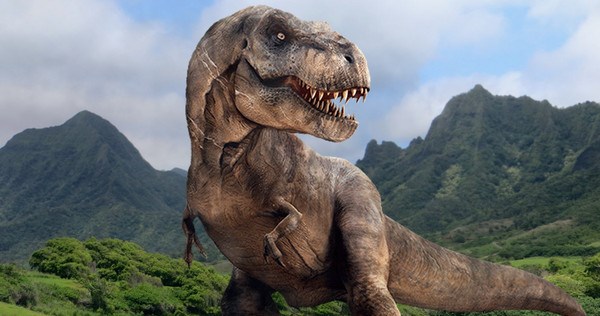