Love and Mercy is about hearing things that others don’t hear: the beauty of a cello part, mundane sounds from nature, the haunting cacophony of “voices in my head.” It’s as much an auditory narrative as a visual one, which makes perfect sense—the film chronicles the life of Brian Wilson, pioneering songwriter and music producer of The Beach Boys.

Oscar-winning composter Atticus Ross (The Social Network) spent nearly six months working on the film’s many-layered soundtrack, and the result is a beautiful attention to sound, from jet motors to elevator music in a car dealership to forks clanging at a dinner party of the sounds of pet dogs barking—though we’re not always sure if it is diegetic or non-diegetic (in or outside the world of the film).

Wilson’s life is a story of sensitivity to sound, for better or for worse. His early success with The Beach Boys came from his ability to mix sounds to perfect a new form of California pop and re-imagine the role of the recording studio as an instrument in its own right. Yet his hearing, coupled with all manner of psychotropic substances, plagues him with auditory hallucinations as well. Like many artists, Wilson’s most profound gift is also a curse. And his contributions to art come at great personal cost.

Starring Paul Dano as young Wilson and John Cusack as older Wilson, Love and Mercy shifts back and forth between a narrative of Wilson’s creative ascendency in the 1960s and his sad drug dependency in the 1980s.

The 1960s scenes chronicle Wilson and The Beach Boys as they transition from “Fun, Fun, Fun!” mainstream pop to the psychedelic soundscape of Pet Sounds, the album that announced the arrival ... 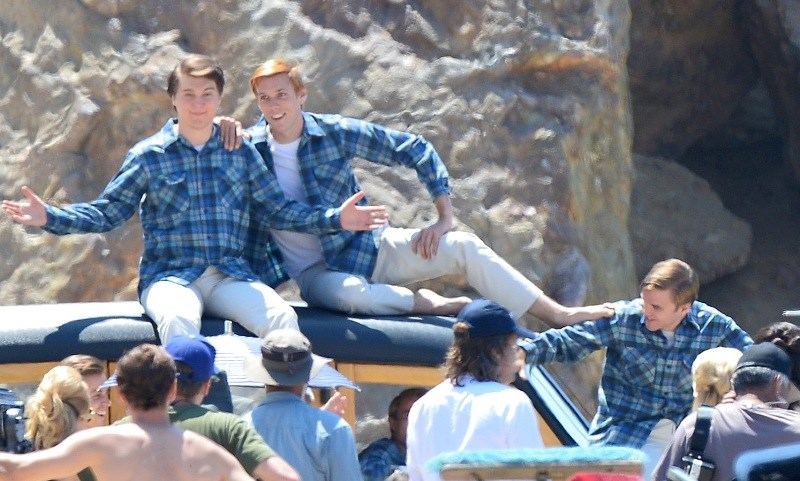