A documentary about a troubling family situation that turns into something much bigger than its subjects.
Alissa Wilkinson|June 11, 2015
Image: Magnolia Pictures
The Angulo brothers in 'The Wolfpack.'
Our Rating

Watching The Wolfpack, I knew why I liked it. But I was a little surprised at all the critical and audience acclaim the film has garnered as it made the festival circuit this year, beginning with its premiere at Sundance.

It’s not that the film isn’t well made. On the contrary: director Crystal Moselle stands back from her subjects, allowing them to do most of the talking. Her camera is remarkably nonjudgmental, especially given how easily it could have become a “look at the freak show” sort of film.

That’s because the film’s subjects—the eponymous wolfpack—are a group of six brothers, now older teenagers and young adults, who have lived in an apartment on Manhattan’s Lower East Side with their sister and parents for their whole lives. Literally lived in the apartment—“Sometimes we go out nine times a year,” one of them tells us, “sometimes one.”

Their parents met in South America, and since then wound up in New York City. This is where things get complicated. Their father has cobbled together a kind of philosophy of life that distrusts the outside world and values not being a slave to society. If they weren’t in downtown Manhattan, they’d be off-the-grid survivalists.

The boys were taught to avoid others and required to stay indoors. Their mother homeschooled them, citing the bad “socialization” in schools, while their father stays isolated from the family in his bedroom and doesn’t work. He has the only set of keys for the apartment. Obsessed with Hare Krishna, he gave all the children Sanskrit names, and they grow their hair long. They’re “our own community, our own race, here,” ... 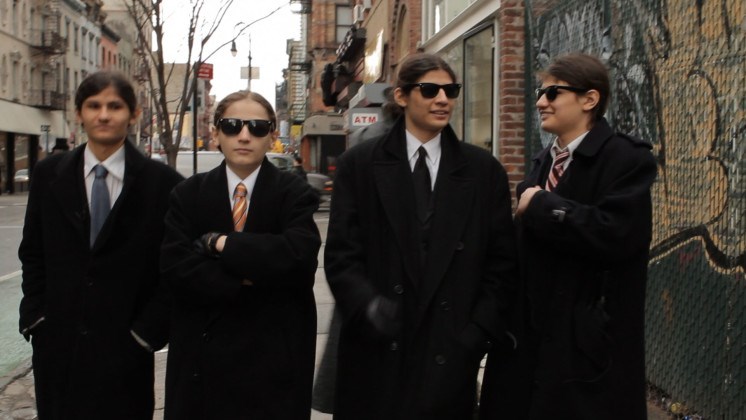