It's fine to think you're the chosen one, but what if you never grow up?
Jackson Cuidon|March 20, 2015
Image: Lionsgate
Shailene Woodley and Theo James in 'Insurgent'
Our Rating

Insurgent is a bad film masquerading as a mediocre one. And that masks its more troubling moral core.

Its predecessor Divergent was tolerable, but Insurgent is bad in a way that negates whatever worked in the first film. Technically and formally, the movie is either a (realistically) third- or (charitably) second-rate Standard Young Adult Dystopian Movie. But there’s more troubling stuff about it than that.

The story revolves around Beatrice a.k.a. “Tris” (Shailene Woodley), recently a fugitive after rebelling against the political machinations of effective ruler Jeanine (Kate Winslet—and note, the name “Jeanine” never sounds more evil in the movie than it does in print). The story is set in a post-apocalyptic Chicago, walled off from the surrounding world to protect it from the wasteland the inhabitants are assured is out there. Every person in the city is sorted into one of five factions, each representing a distinct personality typology.

But Tris, as well as her beau Four (Theo James), are part of a sixth group known as Divergents. These people have equal aptitudes for two or more of the city’s factions. (There is also technically a seventh group, the Factionless, whose name describes their status; one suspects a lot of this was thought up after the fact). The Palpatine-esque Jeanine has usurped council power to try to eradicate the Divergents, and it’s up to Tris (the most divergent of the Divergents) to stop her.

Almost everything—from the Strong Yet Fragile female lead to the secret-harboring love interest to the division of the world into emotionally- and morphologically-homogenous factions—feels Xeroxed over from an especially perfunctory pre-draft ... 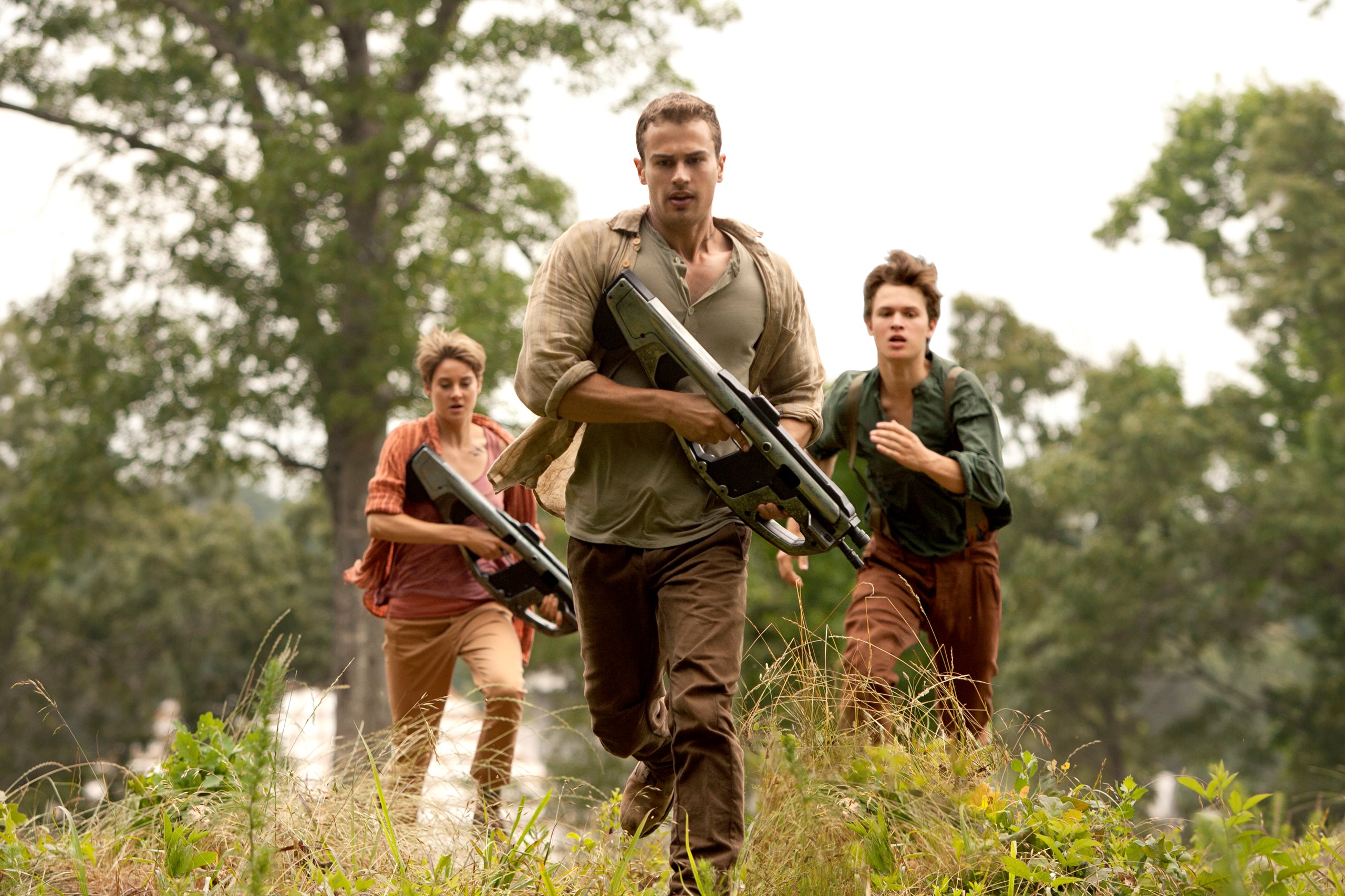