The NBC miniseries covers one of the most important chapters, and figures, in the book of Acts.
Peter Chattaway|May 12, 2015
Image: NBC
Saul trapped behind Peter's wall of fire in 'A.D. The Bible Continues'

Alissa’s Note:A.D. The Bible Continues began airing on Easter Sunday, and during its run, Peter Chattaway recaps episodes as they air. Recaps involve spoilers, especially if you’re not familiar with the Bible story.

The first five episodes of A.D. The Bible Continues moved through the Bible at a brisk pace, zipping through multiple chapters at a time. But the sixth episode slows things down in a big way, and with good reason: The episode as a whole covers only three verses in Acts 8, but it also introduces us to one of the most important characters in the entire New Testament, namely Saul, who will one day be known as Paul.

Those three verses from Acts tell us three things: Saul, following the martyrdom of Stephen, launched a "great persecution" against the Church in Jerusalem; godly men buried Stephen and mourned deeply for him; and most of the believers—though not, apparently, the apostles—were scattered throughout Judea and Samaria.

This episode begins with the burial of Stephen. Peter and John recite passages from the book of Isaiah as they prepare Stephen's body for burial, while other disciples wonder why God didn't raise Stephen from the dead, the way he raised Jesus and others. It's a not unreasonable question, given that no Christians have died before (apart from Ananias and Sapphira, who were struck down by the Holy Spirit two episodes ago).

The burial of Stephen is cross-cut with Saul's arrival at the Christian camp outside Jerusalem. Saul has come to argue with the Christians and establish himself as their nemesis, before he starts using more forceful methods, but it's kind of brilliant how the episode layers in ...

Alissa Wilkinson is Christianity Today's chief film critic and assistant professor of English and humanities at The King's College in New York City. She lives in Brooklyn.
Previous Watch This Way Columns:
Tags:
Television
Posted:
May 12, 2015
More From: Peter Chattaway 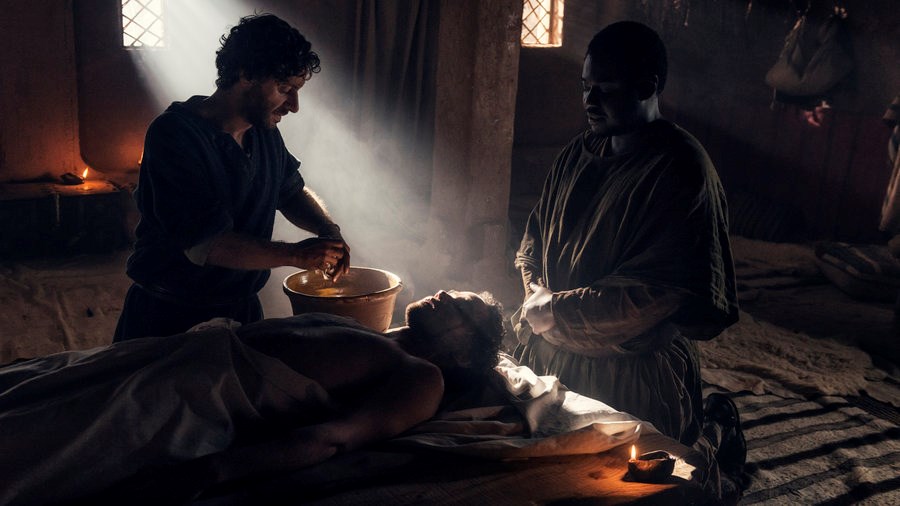