Grade-A scifi and a meditation on evil in the human heart, in one entertaining package.
Jessica GibsonMay 1, 2015
Image: Marvel Studios
'Avengers: Age of Ultron'
Our Rating

After the successful mission, Tony and Bruce run experiments on the scepter that could help with their latest global security project, a program called Ultron (James Spader). Underneath the requisite tecnobabble, the scientists’ goal is to transfer the scepter’s mysterious intelligence to Tony’s robotic weapons and form a dispensable army of Ultrons, ... 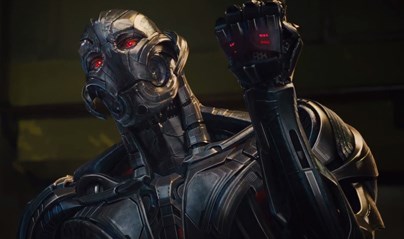