The sounds of engines revving fill the opening seconds of Mad Max: Fury Road, and they continue pretty near constantly for the duration of the film, a dystopian road movie that is essentially one gigantic, heart-pumping, gritty-yet-artisanal chase sequence.

Who is chasing whom, and why, is less important than the outrageous cinematic fodder it serves up: a baroque-meets-heavy metal visual and aural feast, encapsulated in one of the film’s many over-the-top showpieces: an electric guitar that doubles as a flamethrower.

The fourth installment in George Miller’s Mad Max franchise (and the first in 30 years), Fury Road opens with Max Rockatansky (Tom Hardy taking over the iconic Mel Gibson role) situating us in the film’s scorched earth, post-apocalyptic setting. He sums it up when he says, “My world is fire and blood,” where everything “is reduced to a single instinct: survive.”

“As the world fell, each of us in our own way were broken,” notes Max, who takes a bite out of a double-headed lizard in the fist few minutes of the film. This is indeed a fallen, hellish world: physical and spiritual deformity abound, mutations of a once-ordered world that is now all chaos, crows, twisted metal and gasoline.

In the midst of this land, aptly called Wasteland, there exists a sort of anti-Eden metropolis called the Citadel, ruled by a tyrannical overlord named Immortan Joe (Hugh Keays-Byrne). With its skull-heavy aesthetic, preponderance of child slaves, pagan worship rites and zombie-like bald henchmen with heavy eye makeup, the Citadel bears a striking resemblance to the Temple of Doom from Indiana Jones.

Unlike the Eden of Genesis, a temple-like oasis ... 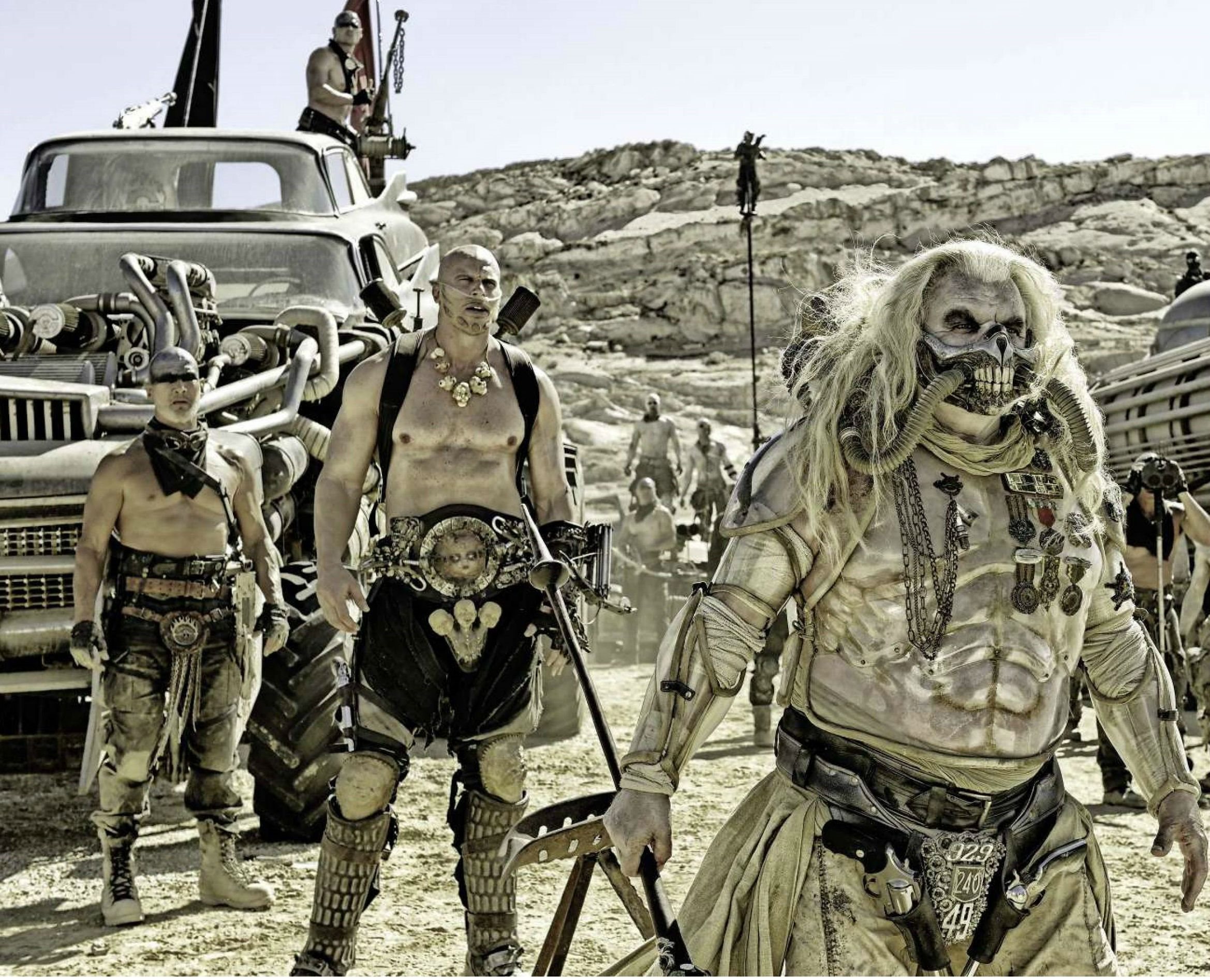