A candid story about cancer that also depicts how loyal friendship can keep us honest.
Alicia Cohn|November 6, 2015
Image: Lionsgate
Drew Barrymore and Toni Collette in 'Miss You Already'
Our Rating

Let's first celebrate how many movies released this year pass the “Bechdel Test” (in which at least two women talk to each other about something other than a man). As a woman and a movie fan, I'm especially pleased by that. But watching Miss You Already, I couldn’t help but wonder why a movie that takes female friendship seriously has to revolve around childbirth and death.

Miss You Already is not easy to watch. I won’t watch it again any time soon. That’s why I kind of resent the fact that Jess (Drew Barrymore) and Milly (Toni Collette) have one of the most realistic and nuanced friendships I’ve ever seen on the big screen.

Jess and Milly, friends since childhood, are now in midlife. Their relationship has already survived the full range of life changes, including jobs, marriage, children, and an obvious wealth gap. This seems rare both cinematically and in real life.

Director Catherine Hardwicke, who is known for making movies about women (yes, even Twilight sort of counts), is unsparingly honest when it comes to depicting human behavior in relationships. There is a reason it’s rare for two people to stay close for twenty years or more, regardless of the type of relationship, and that’s because it’s hard. Sometimes one person works harder at it than the other; sometimes other relationships and life circumstances conflict. MissYou Already deals with all of this while teetering on the line between emotional manipulation and emotional honesty. The movie just barely succeeds at not falling over that line, but it does succeed.

The movie opens with Jess in labor, alone with a nurse in a hospital room, moaning for Milly. Who? Cue flashbacks to Milly, her best ... 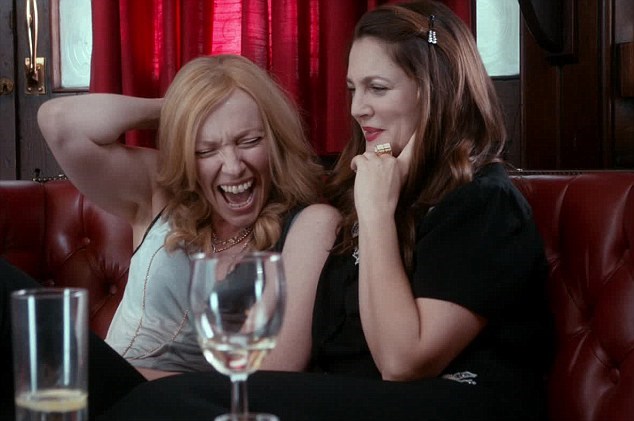