A movie about a fateful climb that brings up a question: is “Christian Tragedy” an oxymoron?
Kenneth R. Morefield|September 17, 2015
Image: Universal Pictures
'Everest'
Our Rating

There are two or three moments in Everest roughly akin to the point-of-view shot in Titanic right before Jack and Rose go in the water, the fishing boat making a vertical climb up the wall of a giant wave in The Perfect Storm, or Slim Pickens riding a missile near the end of Dr. Strangelove.

These are shots of strange, sublime beauty, capable of evoking a visceral response from a part of us influenced by what Poe called the Imp of the Perverse. They cut through the stream of monotonous images we see every day and show us something exceptional.

On some level, perhaps subconscious, we long for the spectacle to be real—to experience the sheer, overwhelming force and fury and terror of what we see on screen. We know, of course, that the reason we cannot see such things is because if we ever did catch a glimpse of them, in the next moment we would be dead.

And yet part of us wonders if it might not be worth it.

Poe’s imaginary imp who sits on our shoulders and urges self-destruction is as good an answer as any given to Jon Krakauer (Michael Kelly) when he asks clients of Rob Hall (Jason Clarke) and Scott Fischer (Jake Gyllenhaal) why they want risk their lives to climb in Everest’s “death zone.” By the end of the film, that question is no longer rhetorical.

Like Krakauer’s book, Into Thin Air, which chronicles the same events, Everest refuses to ennoble the deaths of those who went up but did not come down. By floating, flirting with, and maybe even embracing the “they brought it on themselves” argument, the film marches steadfastly past the comforts of melodrama and stakes its flag somewhere on the peaks of tragedy. 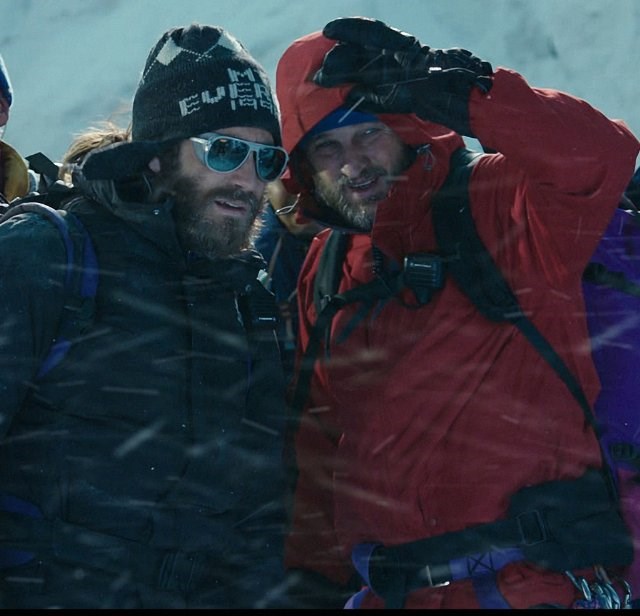