Why are good books so hard to adapt to the big screen?.
Kenneth R. Morefield|September 7, 2015
Image: Frank Masi / Broad Green Pictures
Robert Redford and Nick Nolte in 'A Walk in the Woods'
Our Rating

It’s hard to adapt a beloved book to the screen, but it’s not impossible. For every high-profile success—think To Kill a Mockingbird, Gone With the Wind, or Lord of the Rings—the Hollywood roadside is littered with even more colossal misfires: The Scarlet Letter, Ender’s Game, The Hobbit, The Great Gatsby, Alice in Wonderland, How The Grinch Stole Christmas, Unbroken, Dune. The worst adaptations are the ones that leave you asking in frustration, “What went wrong?” and insisting, “But that should have been a great movie!”

Bill Bryson wrote the wonderfully comic A Walk in the Woods. But while this film keeps the bare outlines of Bryson’s story, it both misunderstands his comic voice and conveys it wrongly. The result is a drab road trip film, a cross between Grumpy Old Men and National Lampoon’s Vacation, as the aged Bryson (Robert Redford) and his crude former buddy Katz (Nick Nolte) set out to hike the Appalachian Trail.

Ho hum. So the book was better. What else is new?

The fascinating thing about A Walk in the Woods is not just that it is bad but that it is instructively bad. It points up several key problems with adaptation, and it helps us understand the potential land mines that have to be avoided when moving from page to screen. It’s worth looking at three of those that are bungled in A Walk in the Woods: fidelity, form, and finish.

Though we might at first think otherwise, a scrupulous faithfulness to every detail of the plot is not the only—or even most important—quality of an adaptation. In fact, it can be the hobgoblin of little minds or the artistic equivalent of fundamentalism—straining at gnats and ... 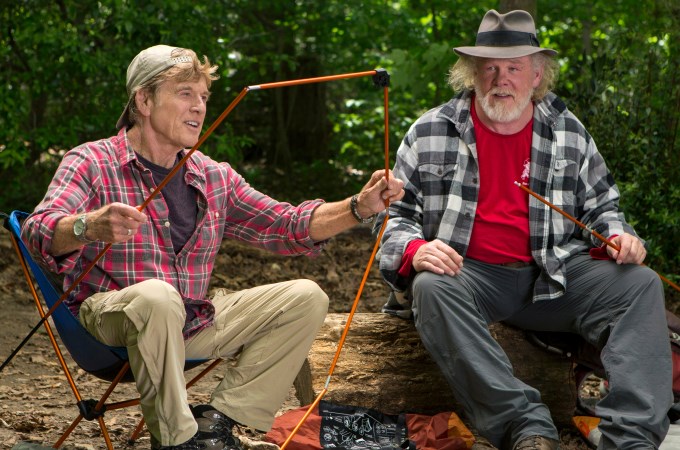