Being duped and blinded to the truth is no laughing matter. So why are we so obsessed with cults?
Alissa Wilkinson|April 6, 2016
Image: FX
John Travolta, David Schwimmer, and Cuba Gooding, Jr. in 'The People Vs. O.J. Simpson'

Mild spoilers for the first episode of The Path and the first season of The Unbreakable Kimmy Schmidt follow, along with extremely vague plot points for all seasons of The Americans, The People Vs. O.J. Simpson, and The Leftovers.

Near the end of the pilot episode of Hulu’s The Path, Cal (Hugh Dancy) stands on a platform in front of a room full of people, followers of the Meyerist movement, his back to a brightly-lit screen. “This morning, I’m going to tell you the story of Plato’s cave,” he says to the eager crowd.

Using overheads—for all the world like a sermon you might listen to any Sunday morning in America—he does just that. A group of people have been living in a cave all their lives, he says, watching shadows projected onto the wall by things that have been passing in front of a fire behind them. For the prisoners, the shadows of reality are reality. They’re all they know.

But one day, in Cal’s telling, one guy goes outside and discovers that the shadows are actually just muddled visions of real things that are walking over a bridge. “There is a real, true world out there that his fellow prisoners, his friends—they don’t know,” he says. The man comes back ranting and raving, telling his fellow prisoners that what you think is real is not in fact real.

As Cal tells this story with warmth and charisma, the Meyerists look up at him expectantly, smiling. They are grateful for their enlightened way of living, away from the prisoners of ignorance outside their movement.

But there’s one face in the group—Eddie (Aaron Paul)—for whom the story has a totally different meaning. As the first episode has shown us, Eddie is having doubts ... 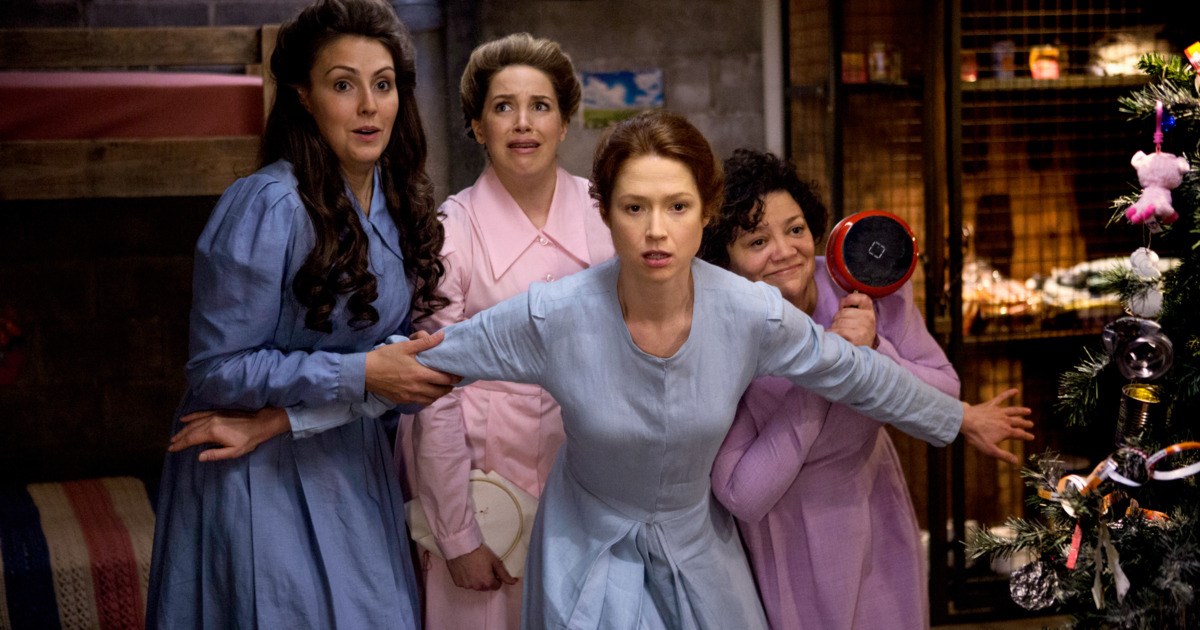