‘The Americans’ has handled Christianity in a way unlike almost any other show. What’s going on?
Phil Christman|March 8, 2016
Image: FX
'The Americans'

Editor’s Note: The following essay includes spoilers through Season 3 of The Americans.

In the first episode of The Americans, a pretty woman seduces a State Department bureaucrat. “You know,” he says to her, his voice thick with bluster, “most people, they get into their warm beds at night, they have no idea what really goes on out here. The sheer number of people working to destroy our way of life.”

He’s too distracted to finish the thought—and this may be a good place to mention that The Americans, which begins its fourth season on FX on March 16, is as graphically sexual and violent as you’d expect a cable show about spies to be. But by the time we see the woman drive away, tearing a wig from her head in disgust, we’ve figured out what he never will: that she is among those “working to destroy our way of life.”

In fact, she’s one of a pair of married Soviet spies hiding behind the respectably bland identities of Elizabeth and Philip Jennings, suburban travel agents. And both the ease with which the bureaucrat falls into Elizabeth’s trap and the machine-like efficiency with which she manipulates him (and herself) sets up exactly the Cold War conflict viewers expect to see: inhumanly efficient Communists versus freedom-weakened Americans.

The Americans is a great show for many reasons, but one of them is surely that it keeps its viewers off balance. Its conflicts are again and again refracted and transformed; like the many-pseudonymed, oft-bewigged Jennings themselves, it is always more than it appears to be. (Keri Russell and Matthew Rhys, as the couple, make each transformation utterly believable; as you watch their targets convince themselves ... 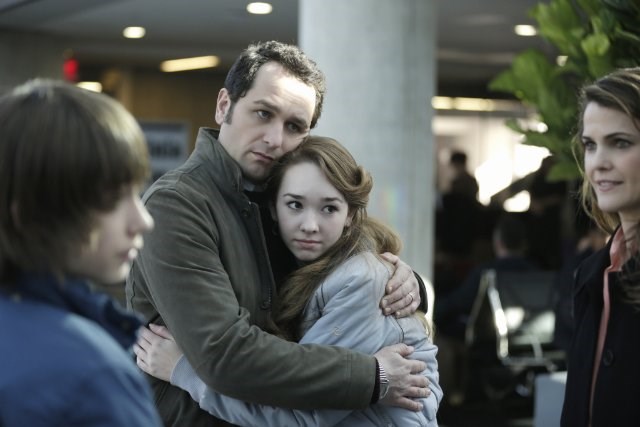