The new HBO documentary “Mavis!” takes a look at the woman who has lent her distinct voice to the cause of love for more than six decades.
Mark Moring|February 25, 2016
Image: HBO Films
Mavis Staples

It’s unfathomable that Mavis Staples didn’t win a Grammy Award till she was 71 years old. She’d been one of America’s most distinct voices for six decades before finally taking home the trophy in 2010.

And even then, the recognition came in a somewhat unexpected category: Best Americana Album for You Are Not Alone. Staples was best known for her gospel, soul, and R&B music through the decades, including many with her family group, The Staple Singers.

But when you think about it, Mavis Staples is Americana—certainly a big slice of it, of those things that make up our history, folklore, and cultural heritage. She helped redefine gospel music and bring it to the mainstream. She marched with Martin Luther King Jr. and was a powerful voice in the civil rights movement. She has performed for five sitting presidents—she sang at Kennedy’s inauguration and recently, at the White House for the Obamas. She interacts easily with people of all races and music of all genres. She is loved by all and, with a big heart of gold, loves all. She is an American treasure.

It’s about time somebody made a documentary about this remarkable woman.

Mavis!, which airs February 29 on HBO, is as deserving of the exclamation point as the woman herself. Director Jessica Edwards treats her subjects—Mavis and the music—with love, and is savvy enough to let both do most of the talking. There are the requisite appearances from experts and fellow musicians (including Bob Dylan, Jeff Tweedy, Bonnie Raitt, Levon Helm, and more), but Edwards knows from whence the magic comes. 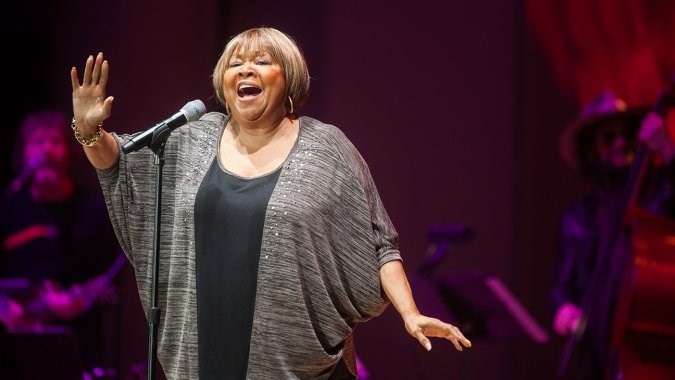