Over his 20-year career, Charlie Kaufman has put together quite a pantheon of sad sacks—but Michael Stone, the protagonist of Anomalisa, has to be the saddest.

Gray-haired and pudgy, Michael (David Thewlis) lives a stultifying life of crowded flights, chintzy hotel rooms, and convention speaking gigs at which he advertises his guide for improving the customer service industry. A permanent paroxysm of boredom, his life has lost all purpose, all direction.

Everybody Michael encounters—from sex shop owners to young children to actors in black-and-white movies—has become so mundane in his mind that they all physically resemble the same bland, milquetoast white man and share the same flat, monotonous voice (played in the film by Tom Noonan—it’s worth noting here that all the characters are played by puppets with startlingly unemotive faces).

Everything is vanity, all is vanity, until Michael hears something in a Cincinnati hotel hallway he hasn’t heard in years: a different voice.

The voice belongs to Lisa (Jennifer Jason Leigh), an ordinary woman who happens to be a fan of Michael’s work. They spend an evening together, sleep together, and the next morning, over breakfast, begin to plan to run away together. But as they maneuver the specifics of Michael’s divorcing his wife over breakfast, he begins to order Lisa around: stop clacking your fork against your teeth; stop chewing with your mouth open.

And to his horror, Lisa’s voice begins to disappear and be replaced with the same voice as everyone else in the world. In a fit of despair and self-loathing, Michael breaks their relationship, has a nervous breakdown while speaking at a convention, and returns to his deadened domestic ... 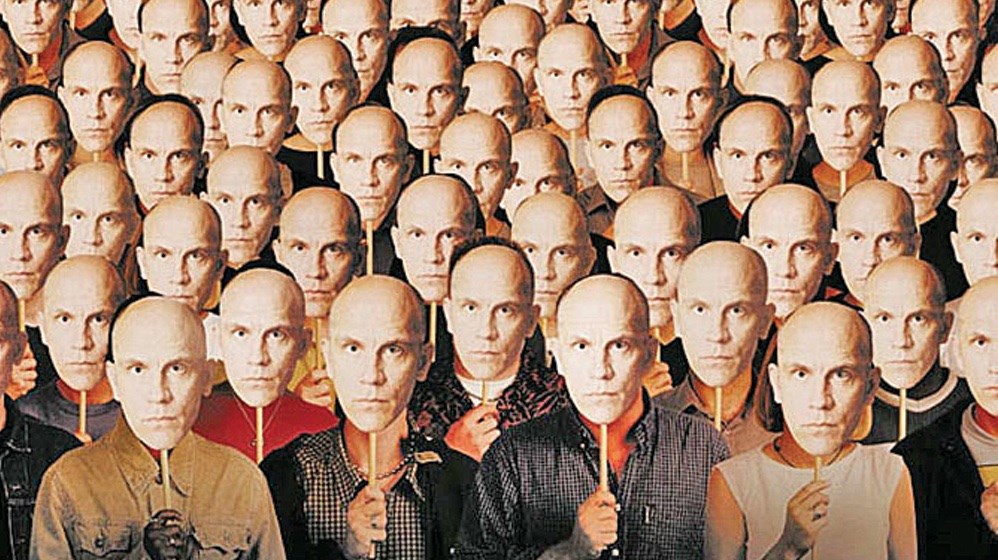