Months before he encountered the refugees, Aleksandar Subotin had a dream.

The 31-year-old Roma pastor saw a large group of people walking through a train station. He had never seen them before, but he knew he was there to help them. He remembered this dream when he first brought 500 packages of food to a refugee processing camp in Kanjiza, Serbia, last fall.

“Then I started to pray for God to open doors so we could work with them,” said Subotin, who leads two Roma churches and 15 home groups in northwest Serbia.

Like many Christian Roma along Eastern Europe’s “refugee highway,” which stretches from Greece to Croatia, Subotin feels for the families fleeing Syria, Iraq, and other troubled nations.

His empathy stems from belonging to a group stigmatized for generations in Europe as “gypsies.” Today, Europe has about 11 million Roma, a collection of related ethnic groups that compose one of the world’s largest people groups without its own nation state, as well as the seat of a massive Christian revival [see “God Among the Roma,” May 2013].

More so than most European Christians, Roma believers—most of whom are Pentecostals—understand displacement and poverty.

Accounts of Roma expulsion and persecution date back to the 16th century. More recently, tens of thousands of Roma were displaced during wars in the former Yugoslavia and Kosovo in the 1990s. Afterward, many Roma were excluded from receiving relief packages and denied state passports; lack of documentation made resettlement particularly complicated. Today, most Roma communities in Eastern Europe have higher rates of unemployment, illiteracy, and poverty than their non-Roma neighbors. 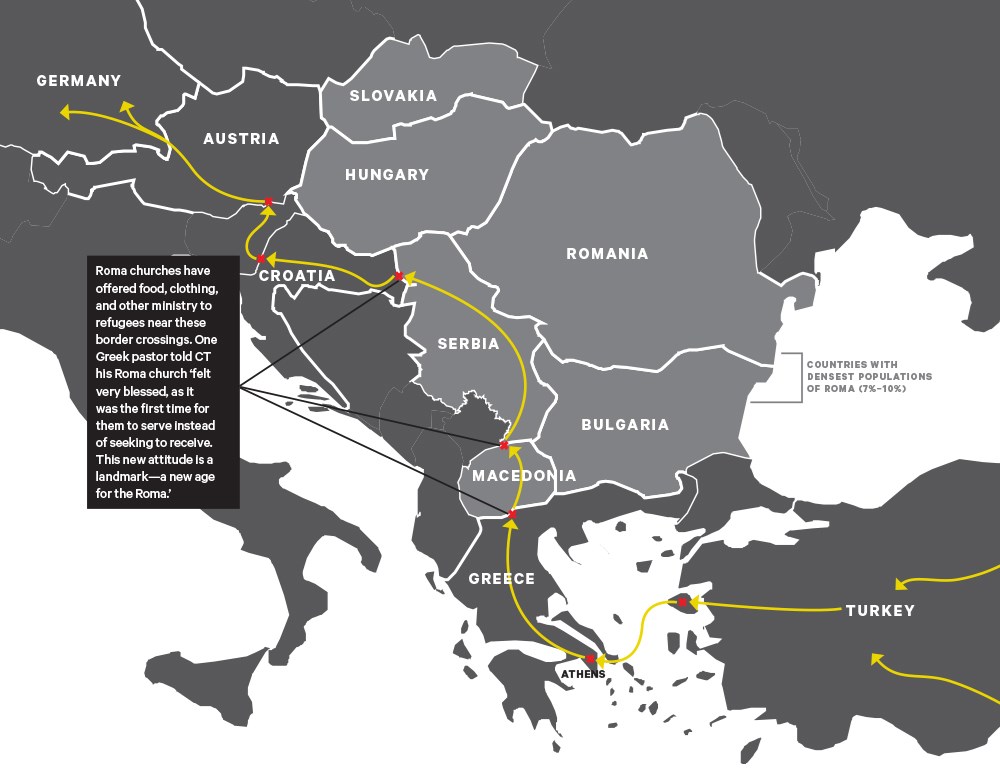