The graphic novelist and MacArthur Grant recipient sees his life as an outsider as a blessing.
Dorcas Cheng-Tozun|February 17, 2017
Image: Seth Hahne

One morning this past September, Gene Luen Yang was backing out of his driveway in San Jose, California, to go to his writing studio—a nearby Panera Bread—when he got a call. Someone from the MacArthur Foundation was on the other end, informing him that he was among 23 winners of the $625,000 MacArthur Fellowship. Also known as “genius grants” (a term the foundation dislikes), the annual award recognizes innovative, creative leaders in any industry who are American citizens or residents.

“I eventually made it to Panera,” the Chinese American graphic novelist, writer, and cartoonist told Vulture. “But I didn’t get much work done.”

A MacArthur Foundation statement said that Yang was recognized for “bringing diverse people and cultures to children’s and young adult literature and confirming comics’ place as an important and creative force within literature, art, and education.”

As our news sources, social media feeds, and even our churches are increasingly siloed, many Christians feel disconnected from their neighbors and the world. Yang’s work counteracts this trend, nudging us to explore the different and the unfamiliar to better understand—and love—perspectives that are not our own.

Yang is among a distinguished slate of Americans who have been awarded the no-strings-attached prize, including paleontologist Stephen Jay Gould, activist Marian Wright Edelman, sociologist William Julius Wilson, and writers George Saunders and Ta-Nehisi Coates. Yang, 43, is only the third graphic novelist to receive the honor in its 35-year history.

“I don’t know if it will ever actually sink in,” Yang admitted to me in an interview two ...

@dorcas_ct
This article is from the March 2017 issue. 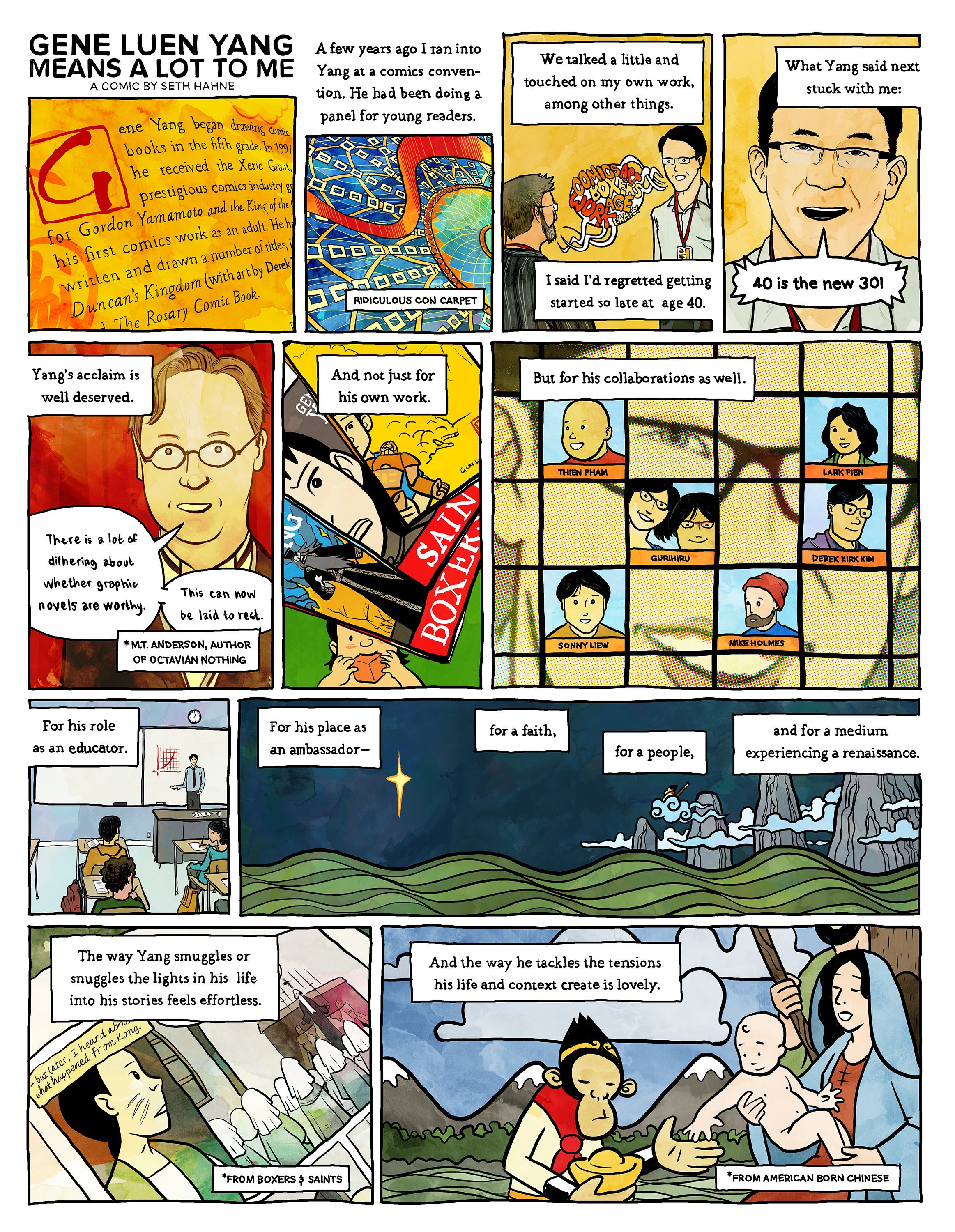 This article is from the March 2017 print issue. Subscribe to continue reading.