Important developments in the church and the world (as they appeared in our April issue).
CT StaffMarch 15, 2019
Image: RaStudio / Getty

After eight years in prison and on death row, Asia Bibi no longer faces legal threats over allegations of blasphemy. In January, the Supreme Court upheld her acquittal and denied requests for further review made by the Muslim leader who brought charges against her. But the Pakistani Christian remains in danger of violence from vigilantes and has struggled to obtain asylum elsewhere, as her daughters have in Canada. At the start of the year, more than 500 Pakistani clerics signed a historic declaration referencing her case and condemning extrajudicial killings and attacks on Christians.

As founder of the International Fellowship of Christians and Jews (IFCJ), the late Rabbi Yechiel Eckstein brought the two faiths together in support of Israel, raising $140 million a year for humanitarian projects and deepening Christian understanding of the Holy Land. He died suddenly in Jerusalem in February at age 67. Eckstein earned the nickname “evangelicals’ favorite rabbi” as IFCJ worked with Zionist believers around the globe. His leadership helped channel evangelicals’ concern for Israel into “concrete action,” said David Neff, former CT editor in chief and a leader in Jewish-evangelical dialogue.

Leith Anderson, who has served as president of the National Association of Evangelicals for 13 years, will step down at the end of 2019. Anderson brought together leaders from 40 denominations and top evangelical institutions. Evangelical figures commended the former Minnesota pastor for his steady guidance of the organization through the scandal involving previous president Ted Haggard, a period of financial crisis, and the recent debate over evangelical identity in the US. “Some try to define evangelicals by politics,” Anderson said. “That is a big mistake. We are defined by our faith.”

A Sunday morning terrorist attack killed 20 and injured at least 100 more at a Catholic cathedral on the island of Jolo, home to Abu Sayyaf terrorists. “They bravely stayed . . . in spite of the threats and insecurities,” said Romeo Saniel of Our Lady of Mount Carmel. “I believe they have died for their Christian faith.” The incident came after surrounding islands voted in January to form an autonomous region among the Muslim strongholds in an effort to end ongoing clashes between Philippine forces and separatists.

A ministry that recruits 1 in 6 foster families in the Palmetto State gets to keep its Protestants-only policy for foster families, thanks to a federal waiver issued at the start of the year. Miracle Hill Ministries risked losing its license and $500,000 in annual funding before the US Department of Health and Human Services stepped in. South Carolina’s faith-based nonprofits were granted an exception to antidiscrimination policies as long as they refer ineligible families to other agencies.

Missionary in Brazil accused of encroaching on isolated tribe

The government has launched an investigation against an American missionary who allegedly crossed onto protected territory belonging to the Himarimã, an isolated tribe in the Amazon. Steve Campbell, a second-generation missionary who spent over 50 years among the neighboring Jamamadí people, said he was helping map their land. Fellow missionaries defended his work on behalf of indigenous people. Meanwhile, Brazil’s uncontacted tribes face mounting economic and political threats.

An investigation by the Houston Chronicle in February uncovered abuse allegations against more than 380 Southern Baptist leaders over the past 20 years. Spanning 20 states and 700 victims, the report offered the most comprehensive look at abuse in the nation’s largest Protestant denomination. “We need to repent of a culture that has made abuse, cover-ups, and evading accountability far too easy,” said Southern Baptist Convention (SBC) president J. D. Greear, who commissioned a study group last year to evaluate church policies on abuse. The SBC also moved toward adding employing a sex offender as explict grounds for disfellowshiping a church. 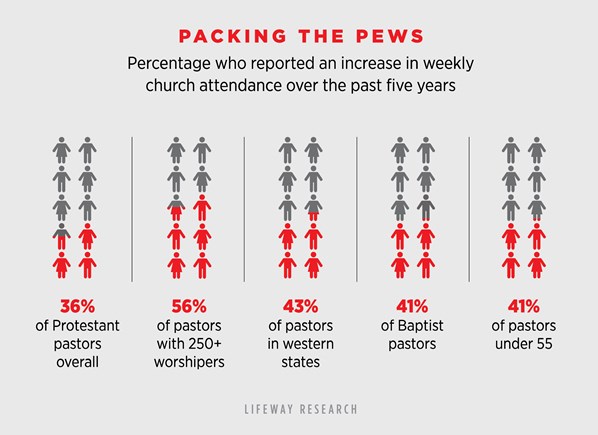