Samuel Perry recently released a book called Addicted to Lust: Pornography in the Lives of Conservative Protestants. The work has received an enormous amount of media attention. If public discussions of it are any measure, readers might come to the conclusion that conservative Protestant relationships are being ruined by a scourge of misplaced shame over pornography use.

But the book itself is far more sedate in its claims. (CT’s review can be found here.) Perry, a sociologist of religion, uses extensive qualitative and quantitative data from numerous sources—including interviews he conducted with conservative Protestant pastors and believers—to argue that pornography has been uniquely damaging to the relationships of conservative Protestants.

Among other claims, Perry asserts the idea that Christian pornography use is barely different than that of nonbelieving neighbors. In a recent interview in The New Yorker, he remarked that,

With conservative Protestants, you have this fascinating paradox of a group of people who hate pornography morally. They want to eradicate it from the world. And yet, statistically, they will view it slightly less often than your average American. And so you have this paradoxical situation of a group of people who collectively hate it, and yet, as individuals, they semi-regularly watch it. Especially the men. What are the consequences of that kind of incongruence in their lives?

Here and in Addicted to Lust, Perry misreads the evidence. He focuses on denominational identity and beliefs and so suggests that conservative Protestants view slightly less pornography than other Americans. But when I cut the data by religious identity and religious attendance—that is, actual religious behaviors that signal costly commitments to faith and regular participation in church life—the difference becomes stark. 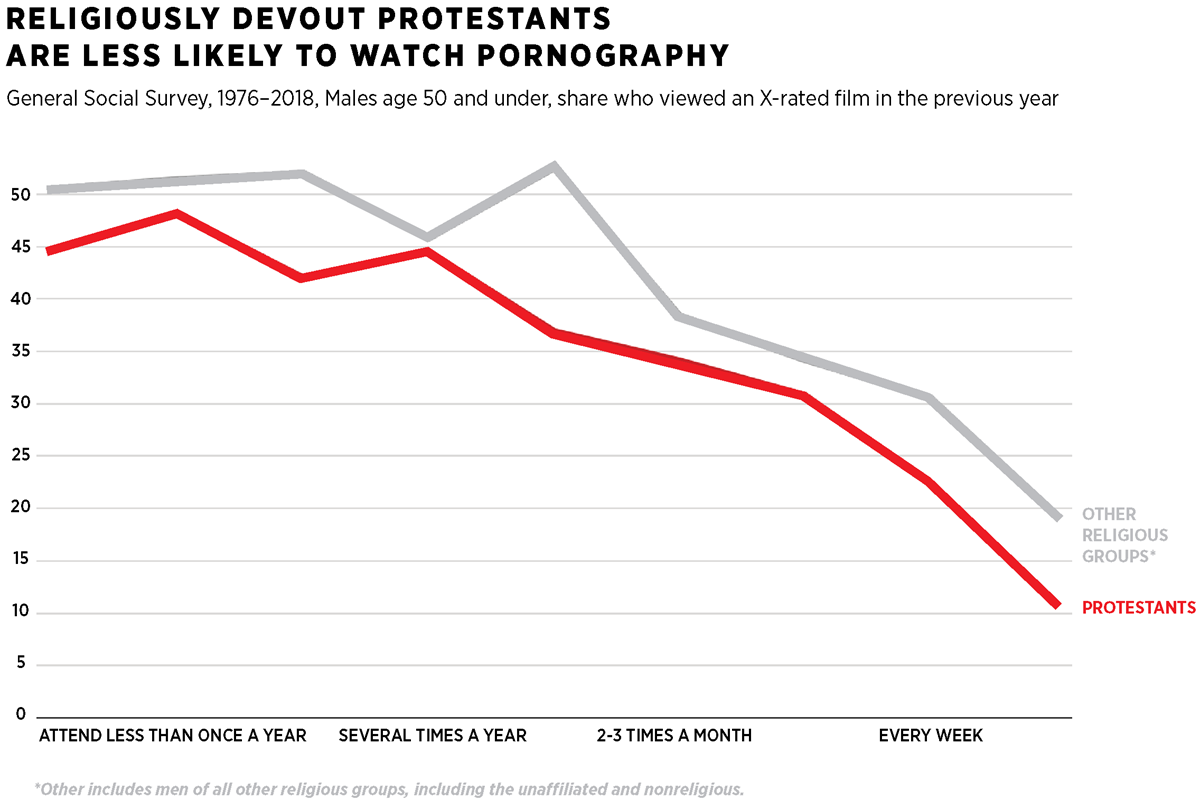 These are meaningful differences. They suggest that religiously observant Protestants are experiencing a vastly lower rate of pornography use. Addicted to Lust leaves the impression that the devout use pornography just a bit less than the rest when, in fact, the gap is enormous. 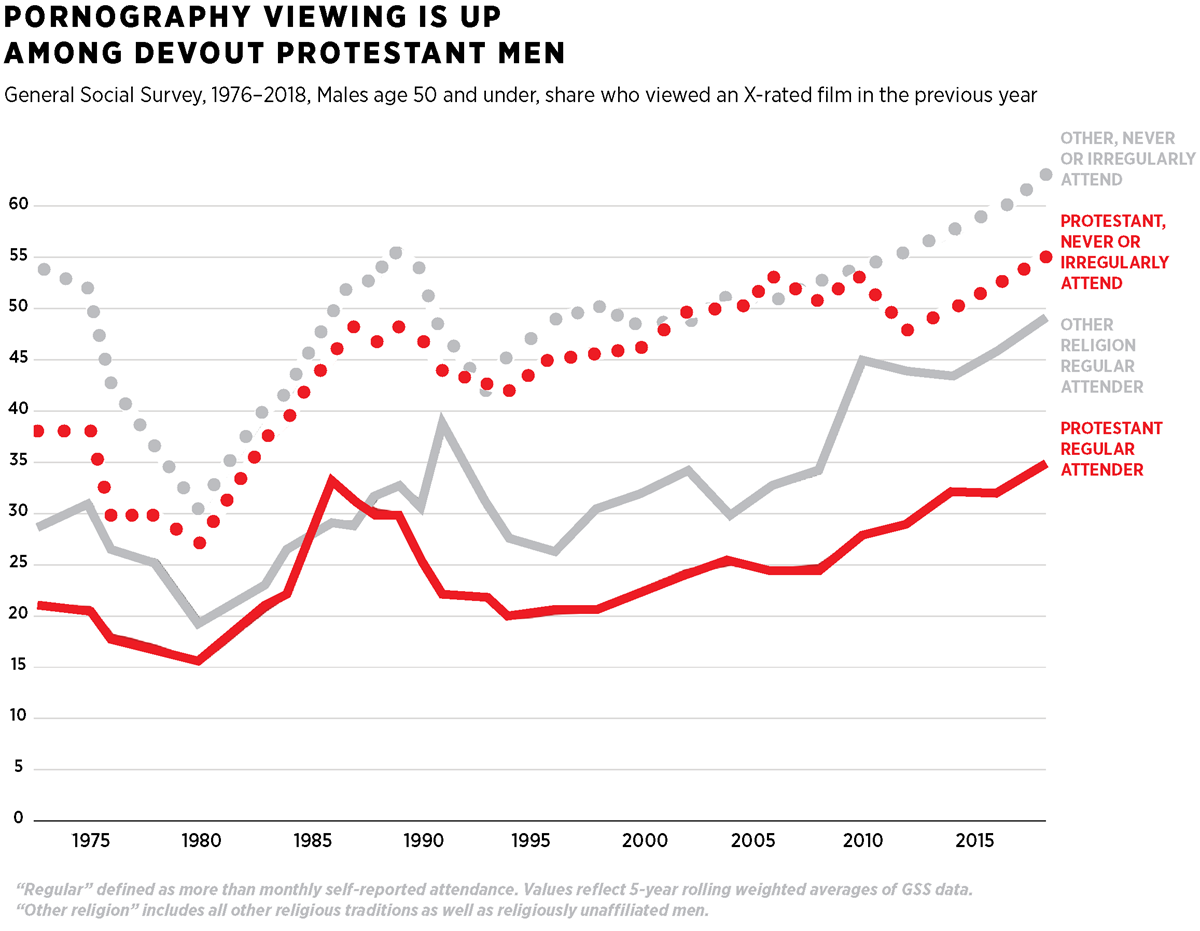 In sum, pornography use is much lower among devout Protestants than other people, which suggests that Protestant belief and behavior truly are distinctive.

On a larger scale, Perry’s book might lead you to believe that conservative Protestants have miserable sex lives. That isn’t his argument, but popular portrayals of the issue often come close to that. The reality, however, is that religious people are among the most sexually satisfied. Adherence to the sexual norms promoted by conservative Protestants—that is, delaying sex until marriage, practicing monogamy within marriage, and (for most) avoiding porn—is consistently associated with greater marital happiness. 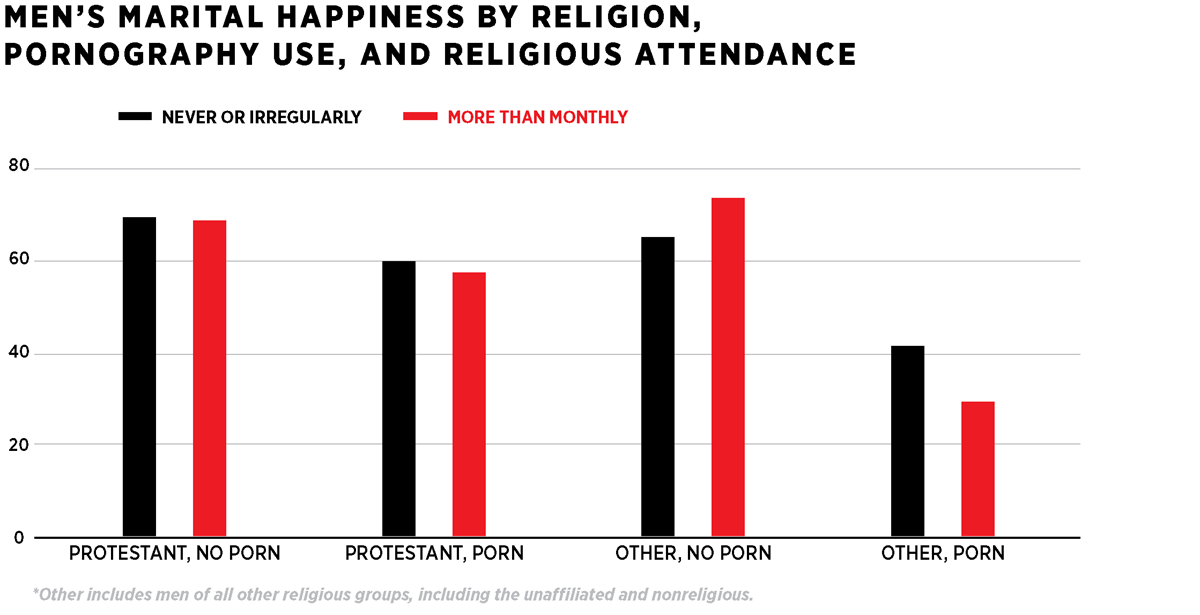 In the end, the sociological phenomena observed by Perry demonstrate that ancient, Christian moral reasoning continues to serve as a decent working theory of how human societies and human consciences actually function.