In between Kanye West’s sets during an impromptu, sold-out show in Detroit last week, a lean figure with a blonde pompadour took the stage and preached the gospel.

“I’m here to tell you that while our God is the judge over the universe, he’s also a God of mercy and he’s a God of love, and he sent his Son to die on a cross because he loves you,” said Adam Tyson, a graduate of The Master’s Seminary and the pastor of a small Bible church. “He wants to be exalted in your heart today.”

His 12-minute sermon focused on the prophet’s vision in Isaiah 6. It’s weird to hear a sermon at a Kanye concert, but then again not that weird if you’ve been following Kanye’s Sunday Services. These gospel music and fellowship gatherings that started among his family, friends, and elite guests at his Calabasas, California, estate, grew into a type of concert experience for the Jesus-seeking artist.

On the road with the rapper as he performs Sunday Services to promote his next album, Jesus is King, Tyson believes God is “being exalted and people are being moved.” The audience is receptive to his sermons, he said, and he has received positive feedback after the shows.

“I came to hear Kanye,” one fan told Tyson. “But then I heard the message of forgiveness from the Bible.”

From Yeezus to Jesus

Tyson’s ministry career took an unexpected turn the day Kanye happened to visit his congregation, Placerita Bible Church in Santa Clarita, California. The 43-year-old pastor has found himself not only discussing the gospel with Kanye, but thrust into the hip hop artist’s circle, flying to Cody, Wyoming, for Bible study with him and his employees, and to tour stops to preach alongside the lineup of gospel and soul music.

Tyson sees Kanye’s Christian music and gatherings as totally genuine. Kanye is on a mission to share Jesus with the world, Tyson told CT.

While Christian fans have dissected Kanye’s faith throughout his career, a recent claim that Kanye is no longer producing secular music made headlines and sparked more conversation online. Kim Kardashian, Kanye’s wife, teased the Jesus is King album in August on social media with a picture of a setlist including songs titled “Selah,” “Through the Valley,” and “Sweet Jesus.”

Kanye’s latest show on September 29 also included a sermon by Tyson and took place on a Sunday morning at the Greater Allen A.M.E. Cathedral of New York in Queens, New York. One Sunday Service singer told a Page Six reporter at the concert that Kanye is “a real born-again Christian. His heart is 100 percent in the right place.”

Swapping a suit for skinny jeans

Placerita Bible Church is a modest Los Angeles area church with an average attendance of about 350 people, many of whom are affiliated with nearby conservative Christian liberal arts college, The Master’s University, where Tyson teaches biblical counseling. Tyson also received his Master of Divinity and Doctor of Ministry at The Master’s Seminary.

Tyson said that Kanye was invited by an employee who attends Tyson’s church to visit, and he did. After the service, they chatted for a few minutes and set up a meeting for a week later. They walked through the whole gospel, including passages such as John 3:16 and the Romans Road, concluding their conversation with a discussion that shifted away from justification and more toward sanctification, Tyson said.

Kanye has attended church in more traditional settings before, including Rich Wilkerson, Jr.’s Miami Assemblies of God church years ago (Wilkerson has also preached at Sunday Service and married the Wests in 2014). Wilkerson has previously told CT: “There’s not a strategy or a network. It’s just, ‘Let’s befriend people.’ The goal is to be like Jesus, and I think Jesus would show love and grace to anybody in his path.” 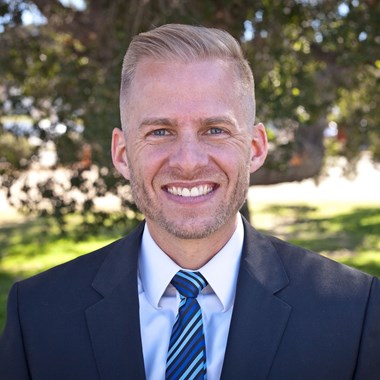 Tyson would agree. “I want to be faithful to a new brother in the faith, Kanye,” Tyson said. “I want to help him be connected to the Word of God. I told him, ‘As long as you’re exalting Christ, I’m 100% behind you.’”

Sunday Service gatherings first grew from family fellowship to a wider audience when Kanye brought the event to the trendy Coachella Valley Music and Arts Festival last Easter. Since then, some gatherings have been open to the public, but most are invite-only. Led by choir director Jason White, the shows are often marked by swaying gospel singers circled around a piano.

Kardashian said the Sunday Services grew out of Kanye’s dream to start a church, and even when the lineup was just music, there was a distinct Christian feel to the gatherings.

Tyson said he has directly told Kanye that Sunday Service concerts are not church, because they do not include ordained leadership, the sacraments or often the Word preached. So Kanye invited him to preach at the last two services.

“I would call it more like a crusade or concert or more of an opportunity to exalt Christ in local churches,” Tyson said. “I just encouraged him that Sunday Service should be about exalting Christ.”

For example, the service in Queens held their Sunday morning service before Kanye and his choir performed. “Sunday Service has no desire to take anything away from a local church but to come alongside them and help them,” Tyson said.

The fact that he’s a white pastor preaching at predominately black venues has not been lost on some writers. “A white pastor, he led a sermon on forgiveness, provided no scripture, and lost the congregation via tone-deaf jokes that fell flat on the mostly black audience,” wrote one reporter who attended the Queens performance.

Preaching at Kanye’s Sunday Service is certainly different than teaching a traditional message in his more formal blazer at Placerita. But Tyson is happy to trade preaching uniforms.

“It is a story to be excited about. This is an opportunity to reach pop culture and America for Christ,” Tyson said. “I’m fired up.”

In addition to shuttling his five children to school, counseling folks at his church, preparing for and teaching his seminary class, Tyson’s recent Tuesday routine has also included hopping on a plane to lead an evening Bible study wherever Kanye’s crew has settled that night. On a Monday morning breakfast between trips with the hip-hop artist, Tyson opened up his Bible to Galatians 6:14 for a Bible study with his family.

“Kids,” he said, “We live for Jesus Christ who died for us, and we’re not boasting about anything except for Jesus. Our life has changed [and] Jesus has given us the opportunity to live on mission.”