As one of Jerusalem’s most ancient Christian celebrations is threatened by COVID-19, a brother-sister filmmaking team helps viewers experience the “Narnia” of their missionary-kid youth.
Jayson Casper|April 10, 2020
Image: Courtesy of Cistern Films
Sharing the Holy Fire at the Church of the Holy Sepulchre 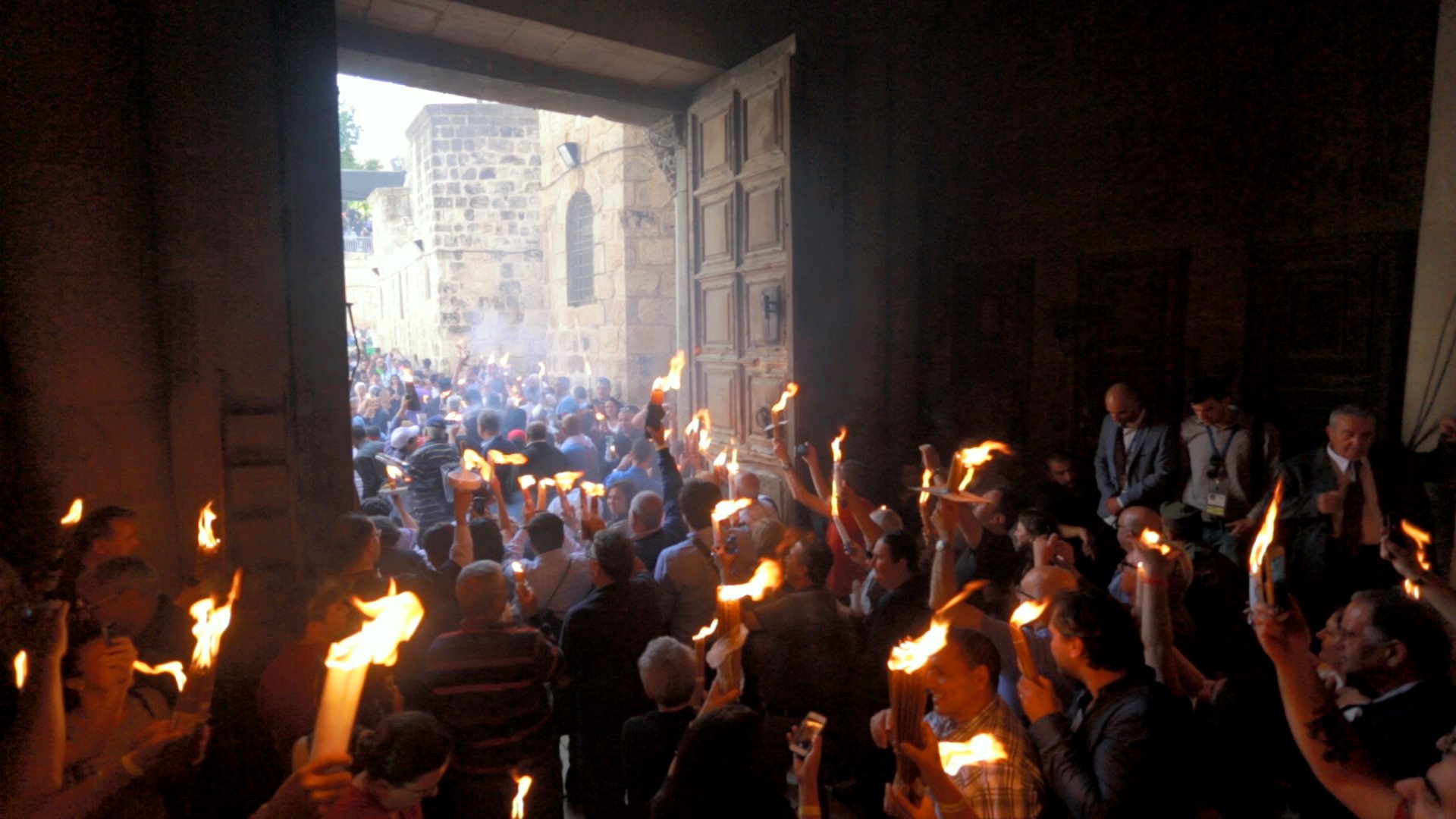