Over the past decade, an increasingly diverse and inspirational range of new books combining sports and Christianity have begun to appear in print. These include works of fiction and nonfiction, aimed at scholarly and popular audiences alike. The authors and subjects include men and women, children, people of color, people from different socioeconomic backgrounds, and representatives of different Christian traditions.

Here are ten of the best American books about sports and Christianity of the past ten years, listed in no particular order. 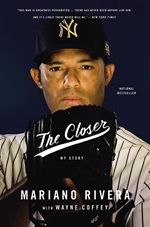 The Closer: My Story

Mariano Rivera, the New York Yankees’ legendary reliever, writes this memoir in the tradition of a classic Christian testimonial. Rivera takes readers from his impoverished childhood in Panama through his storied big-league career. The centerpiece of the book, though, is Rivera’s description of how his Christian faith and commitment to family kept him grounded amid the glitz and glamour of professional sports. Few memoirs offer as vivid a portrait of the challenges faced by Christian athletes in the contemporary sporting landscape. 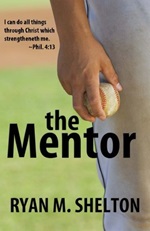 Oklahoma-based journalist Ryan M. Shelton has authored a pair of exciting young-adult fiction books about Christian athletes, The Mentor and The Captain. In The Mentor, Shelton tells the story of Vincent Preston, a talented high school baseball player who has recently become a Christian. Preston faces a difficult home life and is frequently the target of bullying by his teammates. The young ballplayer perseveres through his faith and the relationship he develops with a former Major League Baseball scout named “Grandpa Dean” who lives in his small town. Readers who embraced Mitch Albom’s Tuesdays with Morrie will find similar inspiration in Shelton’s sports fiction. 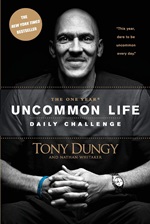 Pro Football Hall of Famer Tony Dungy enjoyed one of the most storied coaching careers in NFL history, becoming the first African American head coach to win a Super Bowl. Dungy has always placed his faith front and center in his public persona and has followed up his coaching career with a successful turn as a Christian mentor, public speaker, and author. The One Year Uncommon Life Daily Challenge is the best of his many offerings. It reads something like a modern-day version of Ignatius Loyola’s Spiritual Exercises, providing readers with a series of goals, challenges, mental exercises, prayers, and meditations to guide them toward a more fulfilling spiritual and social life. Dungy builds his calendar’s worth of life lessons around Scripture, making this a text well suited to Bible study groups. 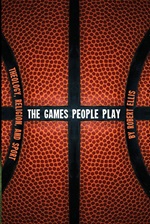 Robert Ellis’s The Games People Play is a work of genuine erudition and scholarly inquiry into the role of Christianity in sports. Ellis articulates what he calls a “theology of sport,” a means by which athletic pursuits can adhere to our spiritual foundations. He argues that sports are neither merely a frivolous enterprise nor a mere platform from which to evangelize. Ellis writes that watching or participating in sports can constitute a moment of transcendence in the practice of everyday life—an opportunity to witness the work of the divine amid the seemingly ordinary. 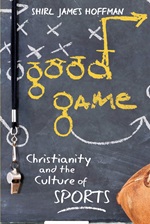 Good Game: Christianity and the Culture of Sports

Good Game provides readers with the best history to date of the relationship between sports and Christianity. Hoffman begins his story with the spectacles of ancient Rome and the opposition of the early church to the culture of death that pervaded sport during the days of the empire. He spends a significant amount of time discussing the radically differing views of sports that emerged among Christians in the late 19th and early 20th centuries. Many American Protestants of the era regarded sports as a force for cultural decline. Others, such as former baseball player Billy Sunday, embraced sports as part of the mass culture of the age and relied on the language of sport to craft a contemporary and relatable message. Hoffman expresses significant discomfort with the idea that sports serve as a source of character building. In the book’s final chapters, he proposes a series of fairly radical reforms for sports at Christian institutions aimed at taking away some of their competitive vigor. 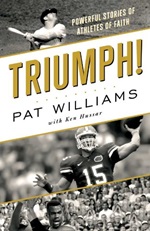 Former Philadelphia 76ers and Orlando Magic executive Pat Williams, one of the sharpest minds and greatest showmen in NBA history, has become a popular motivational speaker and author of Christian-oriented self-help books over the past two decades. Triumph! is a fantastic book for Christian sports fans of almost any age. It is a collection of Scripture-informed vignettes that describe how some of the biggest names in sports, both past and present (examples include John Wooden, Kurt Warner, and David Robinson), have used their faith to guide them through challenges both on and off the playing field. For a young sports fan, Triumph! will serve as a building block for knowledge of sports history while reinforcing the idea that many committed Christians have been able to make a name for themselves in amateur and professional sports. 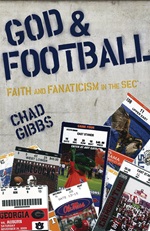 God and Football: Faith and Fanaticism in the SEC

Chad Gibbs’s travelogue of a college football season spent caravanning around SEC country is an entertaining slice-of-life story. It is also a serious rumination on the fervor of fandom in NCAA football’s most dedicated conference and the intense religiosity of the lion’s share of its fans. Similar to Warren St. John’s Rammer Jammer Yellow Hammer (2004), Gibbs’s account has a decidedly more spiritual bent—the author focuses on whether his passion for football in some way detracts from his Christian faith. Gibbs concludes that he can still enjoy football but that his priorities had gotten out of whack—he resolves to make his life more Christ-centered and less dependent on the success of his Auburn Tigers. 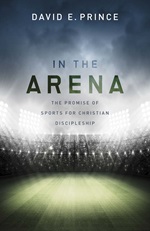 In the Arena: The Promise of Sports for Christian Discipleship

David Prince, a professor at the Southern Baptist Theological Seminary, writes with the knowledge of a sports fan and participant about the meaning of the gospel in the context of contemporary sports. Prince presents sports not as a mere diversion but as a means of glorifying God—an opportunity for Christians to show their diligence, sense of loyalty, and courage. He sees competition as a space where Christians can demonstrate their love of neighbor through the friendly and forthright pursuit of victory within the game’s proper bounds. 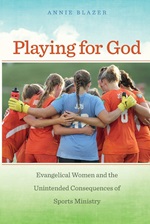 Playing for God: Evangelical Women and the Unintended Consequences of Sports Ministry

Annie Blazer’s provocative sociological study of Christian women in sports argues that the efforts of ministries like the Fellowship of Christian Athletes and Athletes in Action have had an unexpected long-term impact on the self-perceptions of many female athletes. Blazer finds that for many Christian female athletes, sports-centered Christian fellowships offer a space in which to discuss issues related to their bodies. This focus on the body, Blazer argues, created an opportunity for many Christian women to question aspects of their gender roles and sexuality within a setting typically regarded as a bastion of traditional social attitudes. 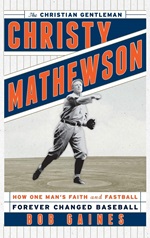 While a number of biographers have examined the tragic life and death of Mathewson, the early 1900s New York Giants ace, Bob Gaines’s book is the first one to put explicit focus on his spiritual journey. It follows Mathewson through his Baptist upbringing in Factoryville, Pennsylvania and the Bucknell University education that framed his outlook on life. In the rough-and-tumble world of early-20th-century big-league baseball, Mathewson lived as an exemplar of Christian virtue. Gaines situates Mathewson’s career in a rich historical context, placing the public life of the “Christian Gentleman” alongside the culture of early-20th-century Protestant revivalism and the social gospel movement.

10 of the Best Books on Sports and Christianity ...